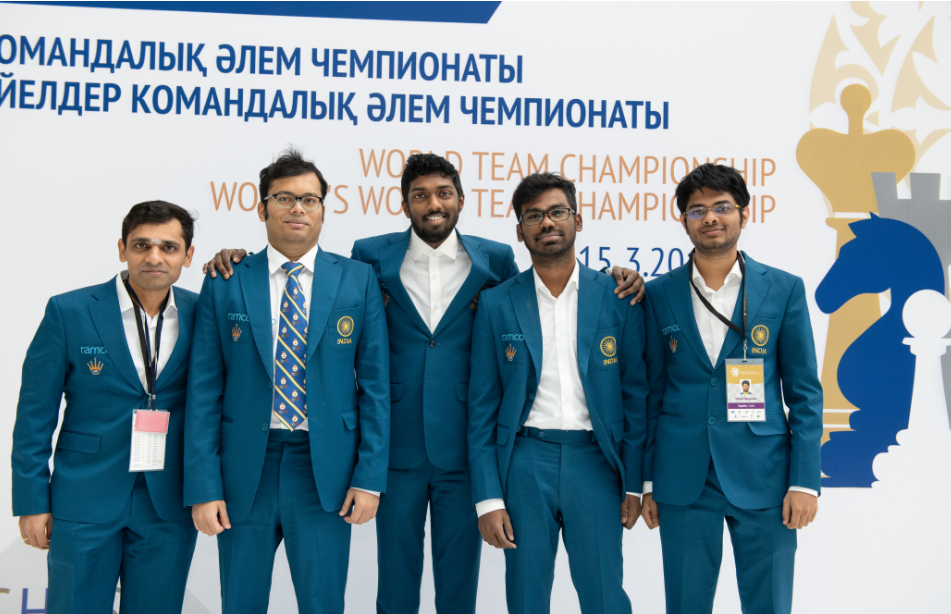 It turned out to be a disappointing final round for the Indian men as they went downing fighting against Russia 1.5-2.5 in the ninth and final round of the FIDE World Team Chess Championship, Asthana, Kazakhstan on Thursday.

In an epic battle against India, the Russian team seemed on the verge of losing, before Ian Nepomniachtchi eventually saved his position to a draw and Alexander Grischuk won his game. With this 2,5-1,5 loss, India unluckily had to cede the bronze medal to China, which overcame Kazakhstan by a thread. The silver medal went to England, which convincingly beat Sweden.

Both gold medals had already attributed one day before the end to Russia in the open section.

The team captain, GM Srinath Narayanan, said: “Fourth place is quite disappointing after the way we played throughout. For the effort exerted, the result doesn’t seem equitable. However, it indicates that we’ve come a long way forward, considering how disappointed we feel with a 4th place finish in such a tournament. It is only set to get better as time progresses.”

On a positive note, GM Adhiban Baskaran and GM Surya Shekar Ganguly both secured individual golds on boards one and three respectively. 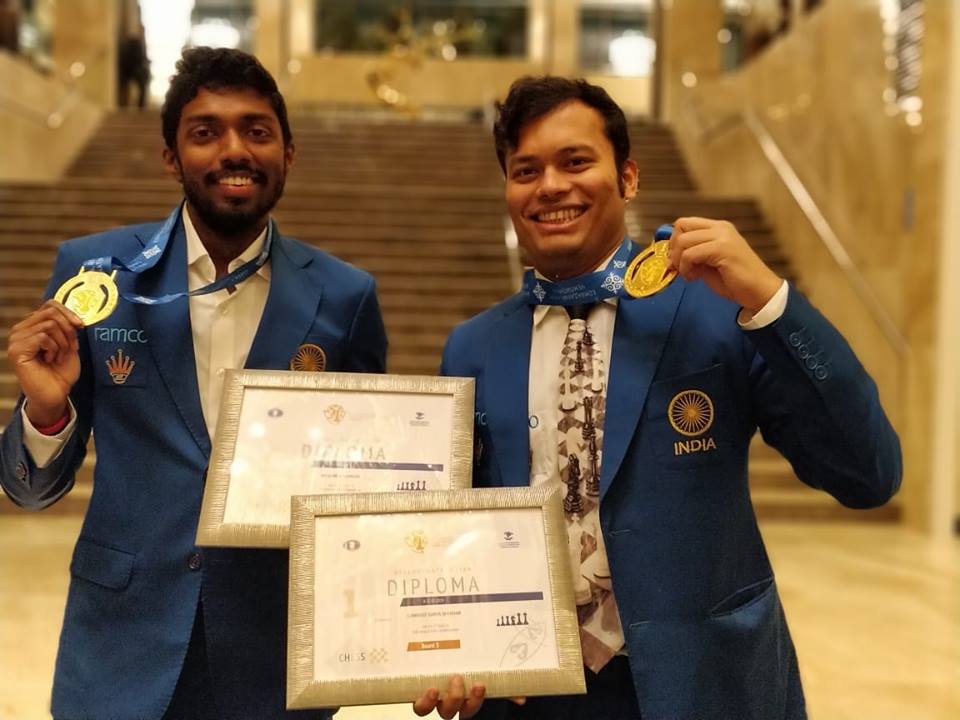 Meanwhile, in the women’s championship, the Indian women’s team finished sixth on nine points after settling for a 2-2 draw with Hungary in the final round. Soumya Swaminathan lost to Anita Gara on the second board while Bhakti Kulkarni defeated Bianka Havanecz to level scores. The other two games were drawn.

China scored 18 points, Russia played out a draw with Georgia to reach 14 points and bagged the silver while the Georgians won bronze on 12 points and a better tiebreak than Ukraine. 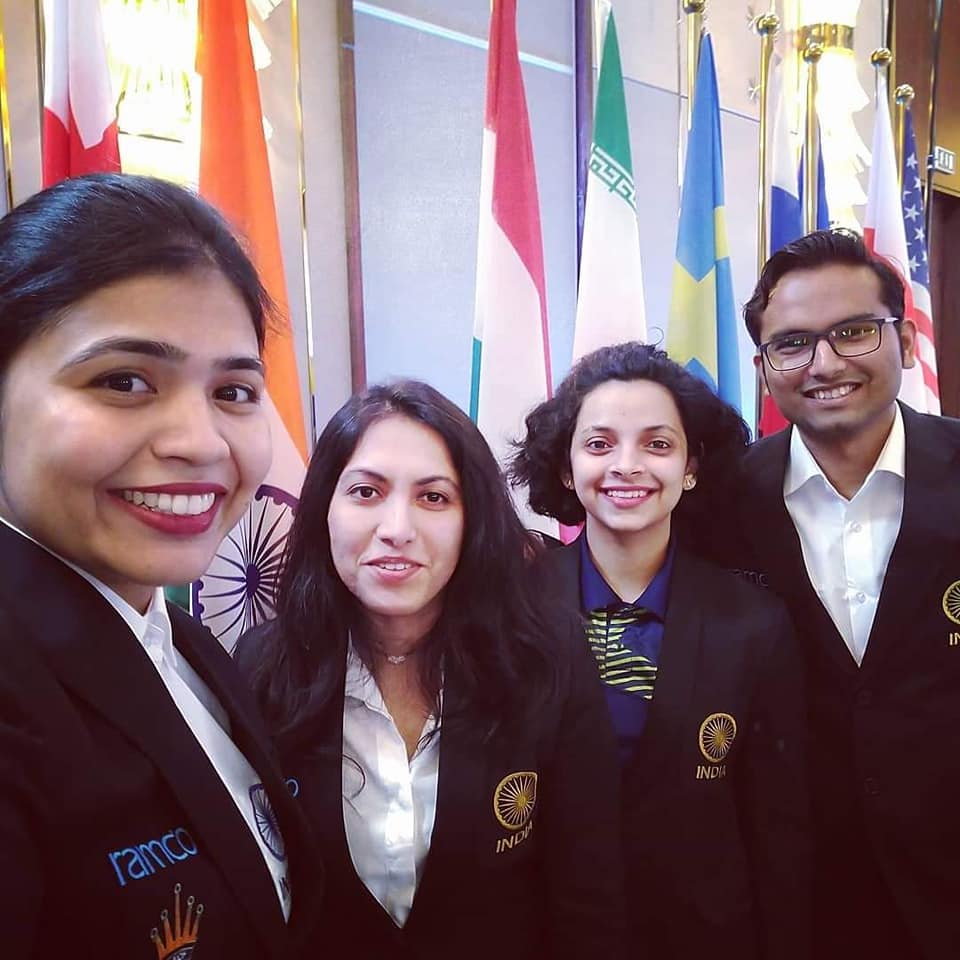 The team captain, GM Swapnil Dhopade, said: “Indian women’s team finished sixth which is not a great result considering the chances we had in most matches. There were some results which could have ended in our favor, for example, matches against Russia and Georgia. However, all the team members gave their best and surely in the future team events we have a lot of scope for improvement.” 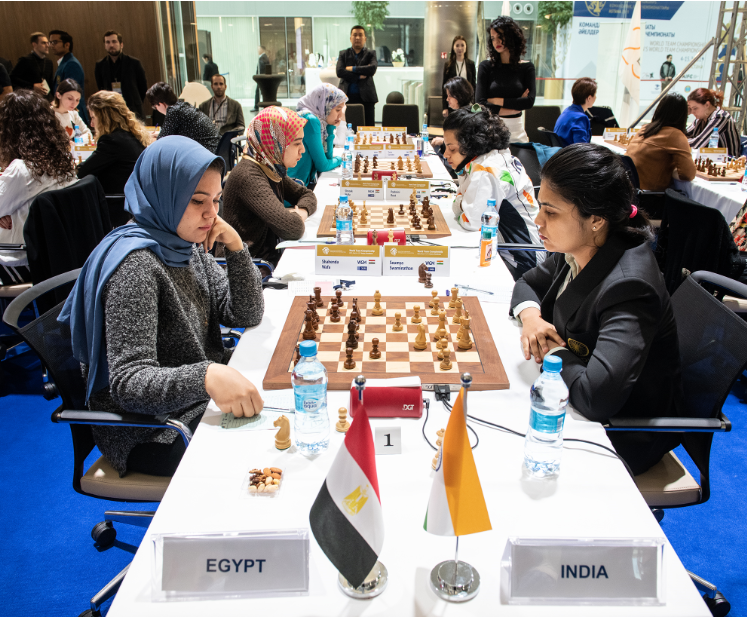