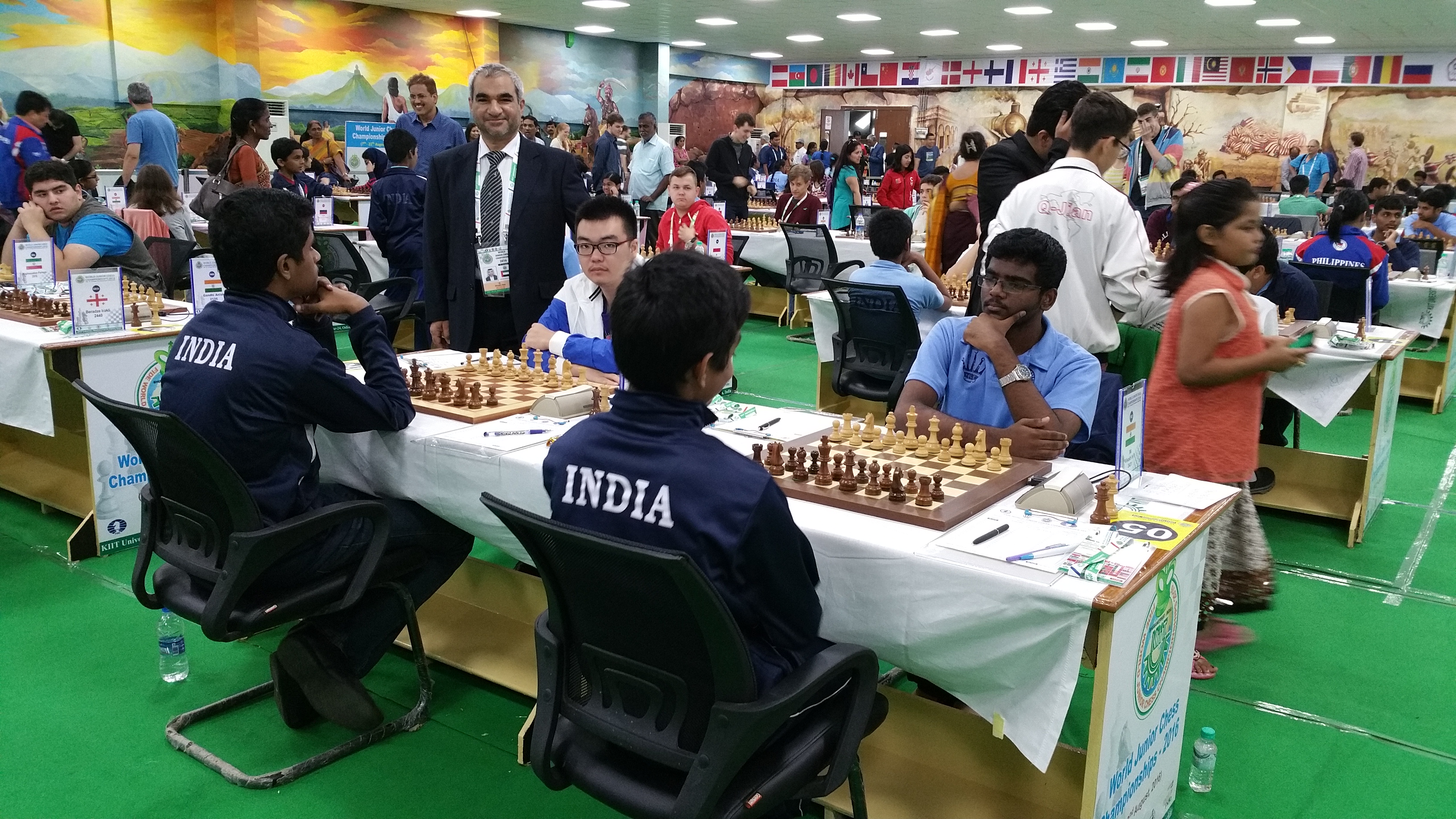 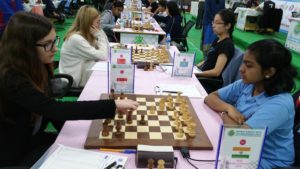 Top seed Vladislav Artemiev of Russia was held to a draw by S.L. Narayanan in the fourth round of the KIIT sponsored World Junior Chess Championship that is taking place at Bhubaneswar on August 11, 2016.

Facing a Grunfeld defence from the top seed, Narayanan was impressive earlier on and had an extra pawn in a rooks and bishop ending. The Russian won two pawns but Narayanan drew with ease in 78 moves.

Visakh held Aravindh Chithambaram (3/4) to a draw in 106 fighting moves. Aravindh’s knight and two pawns could not beat the rook of Visakh.

Karthikeyan Murali brought his king early to the centre and that paved his way for a win against China’s Xu Yi in 76 moves. It was a perfect endgame to watch.

Shardul Gagare (3/4) earned a full points using two bishops well against a rook of Mikhail Belous in a 67-move ending. The four Indian Grand Masters scored 3/4; very successful in the hardworking 327 moves they made!

WIMs Janelle Mae Frayna (Phi) and Dinara Dordzhieva (Rus) lead with full four points in the World Junior for Girls. Pratyusha and Nandhidhaa share the third-fourth places with 3.5 each and face each other in the fifth round.

Parnali Dharia’s sacrifices were easily defended by Pratyusha in 34 moves. Nandhidhaa upset Paula Rodriguez (Col) in 44 moves with the black pieces after her queen and two minor pieces had greater access to the white king.

R Vaishali, Michelle Catherina and K Priyanka posted round four wins and are on three points, tied for the fifth place with players from other nations. Michelle and K Priyanka felled higher rated opponents while Vaishali beat Monnisha.