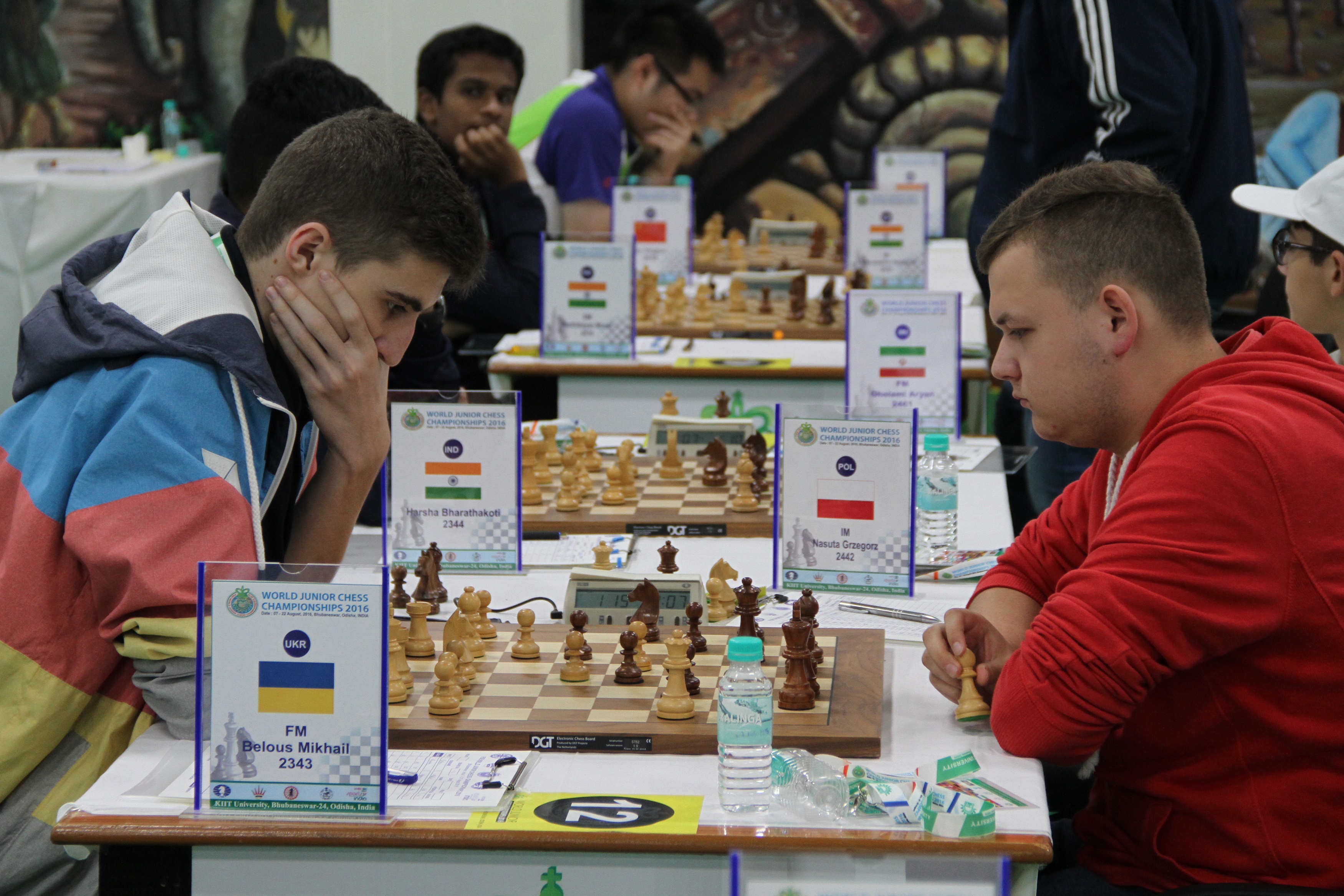 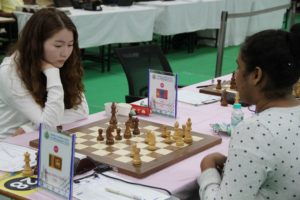 Kerala Grand Master S.L. Narayanan gave a splendid display in round three to defeat Bozidar Ivekovic of Croatia to share the lead in the KIIT sponsored World Junior Chess Championship that is taking place in Bhubaneswar on August 10, 2016.

Narayanan played the Tartakower variation with the black pieces against the queen’s gambit and outplayed his opponent in 33 moves. The final position told the story of the game as white had not lost material but would if he made any move in the middlegame. Narayanan’s style resembles the seventh world champion Smyslov.

Tenth seed Narayanan shares the lead with top seed Vladislav Artemiev of Russia on full three points. Ten rounds remain to be played in this event. The players face each other in the fourth round. Artemiev counterattacked and defeated Tran Tuan Minh in 66 moves after a well timed mating attack.

Shardul Gagare (2/3) won pawns in a queen and rook ending to win and receover from the round two defeat. Karthikeyan Murali (2.5/3) won a piece of Chakravarthi Reddy and when he had to part that material he was ready to return for two pawns that forced his opponent to resign.

Aravindh Chithambaram (2.5/3) drew in 72 moves after his wild risky play was well countered by his lower rated Chinese, Xu Yi. Aravindh had to fight for a draw after being a pawn down. The 73rd move in this game should be seen as more of a joke as after 72 moves, Article 5.2b of FIDE Laws of Chess is fulfilled and the game should be declared a draw. The players had only one king each and a move was made!

In the girls section, four players including the defending champion Nataliya Buksa of Ukraine are in the lead with full three points. The other three are seed No.2 Alina Bivol (Rus), Frayna Janelle Mae (Phi), and Dinara Dordzhieva (Rus). India’s title hope Bodda Pratyusha, Nandhidhaa and Parnali Dharia are among the four players sharing the fifth spot with 2.5 points.

Woman International Master P.V. Nandhidhaa held an advantage against top seed Saduakassova of Kazakhstan from the start. In the end, after 34 moves, Nandhidhaa repeated the position and drew while enjoying an extra pawn advantage in a rook and minor piece ending. Three Indians, Humpy (2001, Greece), Harika (2008, Turkey) and Soumya Swaminathan (2009, Argentina) have won this prestigious event. Are we going to see a fourth champion in 2016?

Russian Alina Bivol threw in complications on move 41 and Michelle Catherina could not handle it and lost in 20 more moves. Monnisha recaptured with her knight on move 26 and allowed Buksa to control the lone open file. This open file helped the Ukrainian to checkmate the Indian five moves down the line. Pratyusha won a 51-move minor piece ending while Parnali Dharia latched on to the uncastled king of Guddanti Harshita to win in 31 moves.