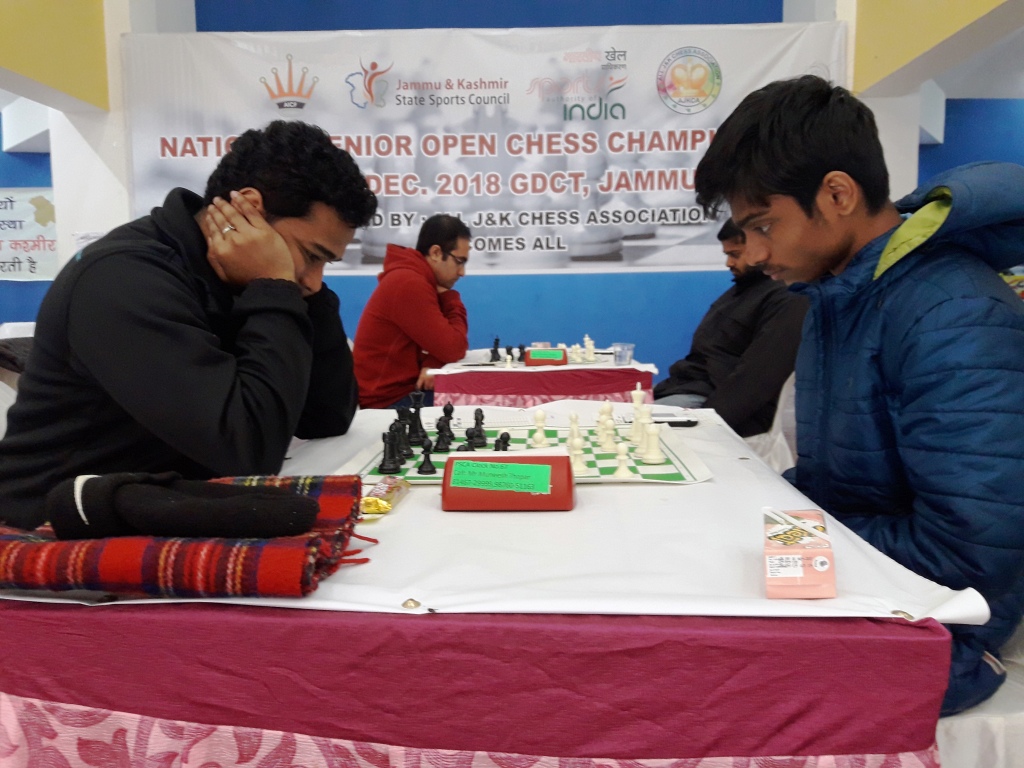 Overnight leader GM Aravindh Chithambaram was paired against GM Deep Sengupta. They both agreed for a draw after reaching position of Rook and Bishop against Rook and opposite coloured bishop with four pawns each. 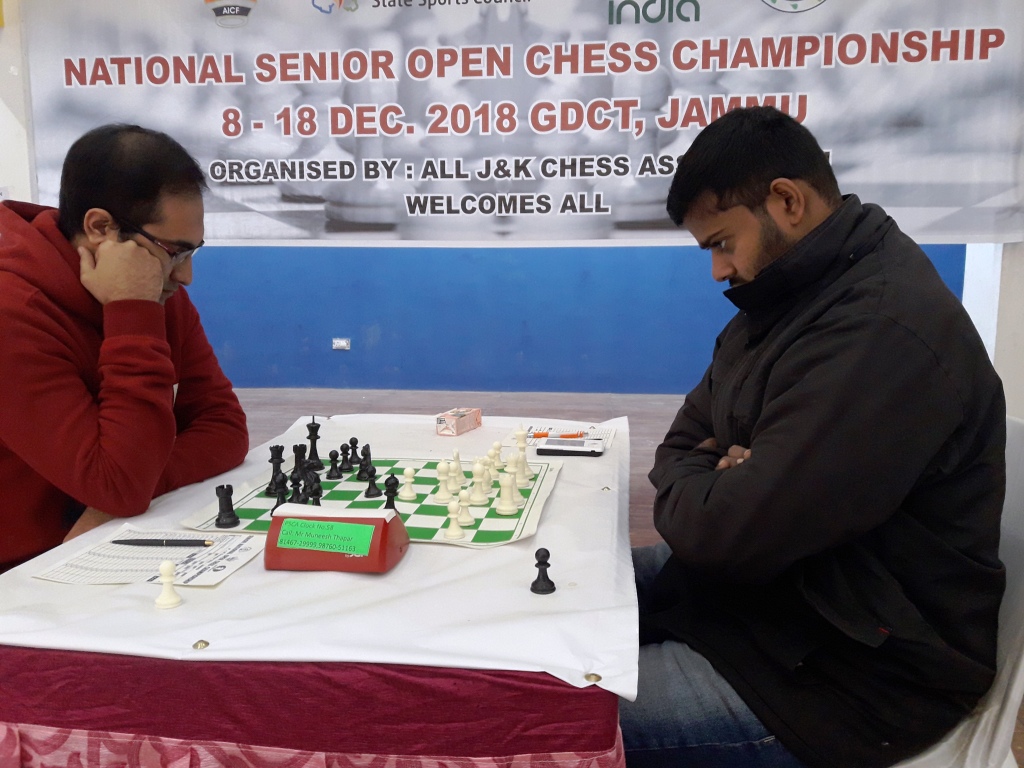 Similarly, the encounter between GM Vishnu Prasanna and GM Vaibhav Suri game ended with the draw in 38 moves.

GM Deepan Chakkravarthy messed up from the better position and sacrificed a piece in order to attack on the king side. It could have ended in a draw by perpetual checks, but Deepan was overambitious and made a blunder.  The game in favour of GM Anurag Mhamal. 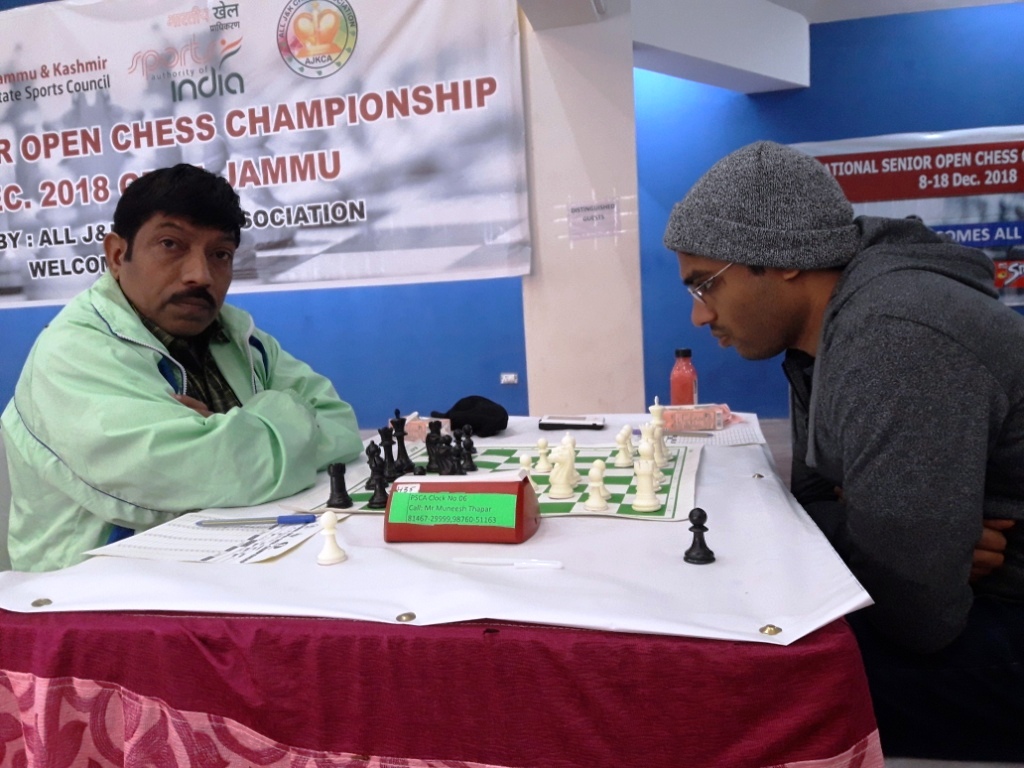 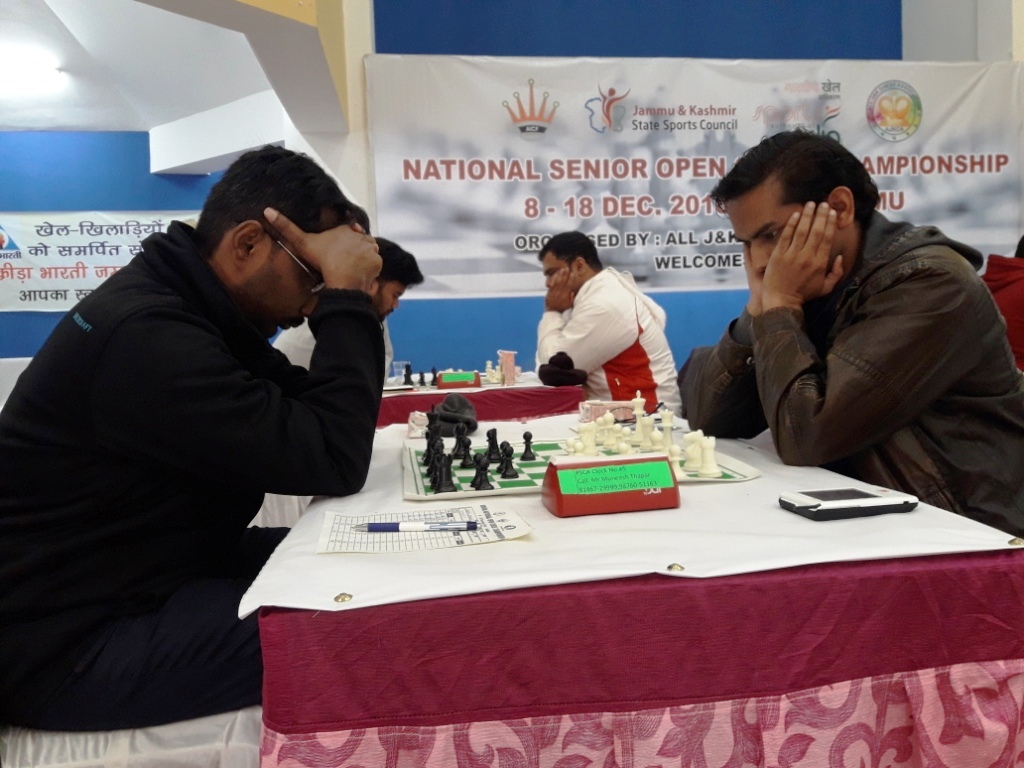