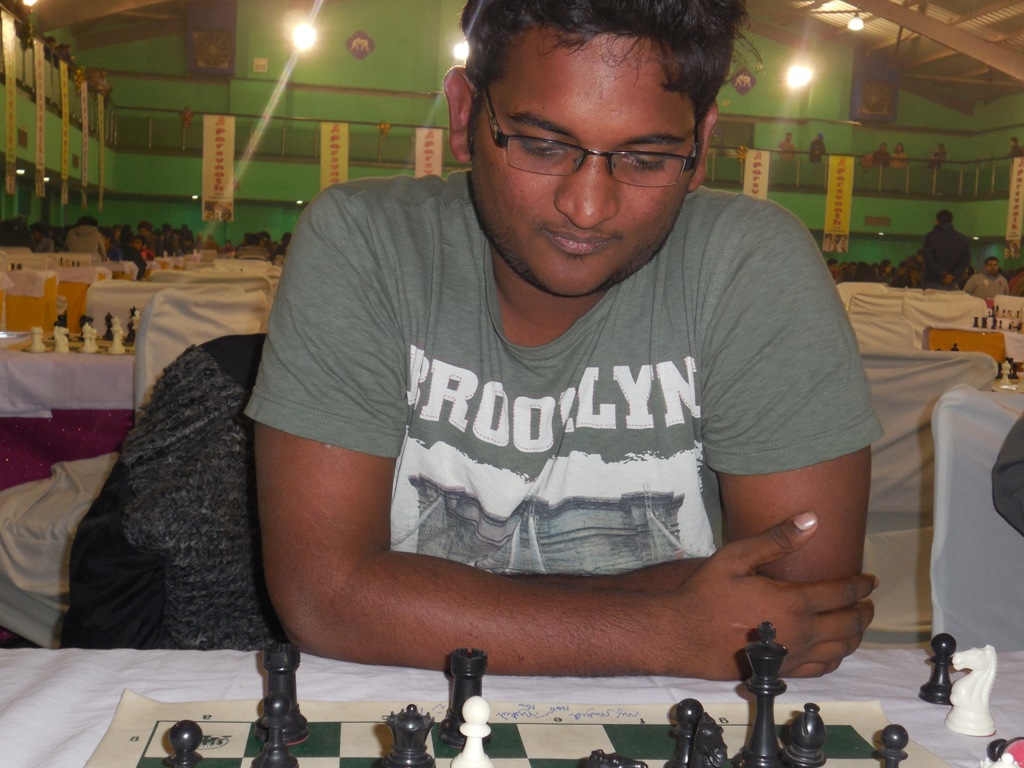 New Delhi (09 Jan 14) :- Grandmaster and world under-18 Bronze medalist Vaibhav Suri suffered a shock defeat at the hands of unheralded N Surendran in the opening round of the premier section of 12th Parsvnath Delhi International Grandmasters Chess Tournament that got underway here.

It turned out to be a tough day for Suri who could not match the guile of Surendran in the final stages of the game and fell under time pressure that proved crucial. Surendran used his resources and benefitted from an error by Suri to cause the biggest upset in the first round.

Rajib Dhar caused another upset at the expense of Grandmaster S Arun Prasad. Playing white, Dhar was lucky as Arun Prasad blundered his queen from a seemingly drawn endgame.

Delhi youngster Aradhya Garg started off on a positive note holding International Master G A Stany to a creditable draw. 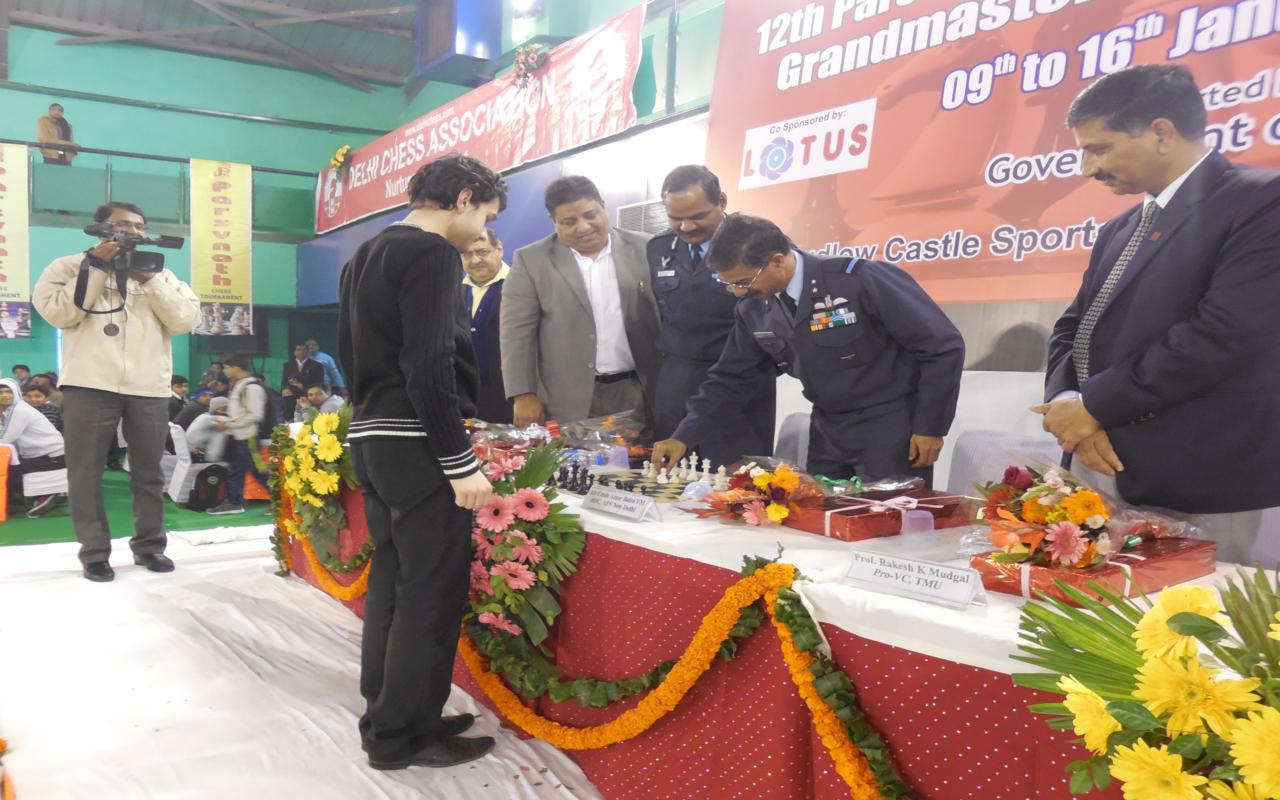 Meanwhile for most of the higher ranked players it was business as usual as they coasted to easy victories. Highest rated Indian in the fray, Grandmaster Abhijeet Gupta started his campaign outclassing Ulugbek Tillyaev of Uzbekistan from the black side of a Sicilian Classical. Abhijeet got the complications he was hoping for in the middle game and had no troubles in securing the full point.

Another Delhi Grandmaster Sahaj Grover also had an easy victory over Parab Ritviz. At the top of the tables, Martyn Kravitsiv of Ukraine displayed his endgame prowess to overcome the challenge of Matta Vinay Kumar while second seed Levan Pantsulaia of Gerogia had it easy against K K Chatterjee. 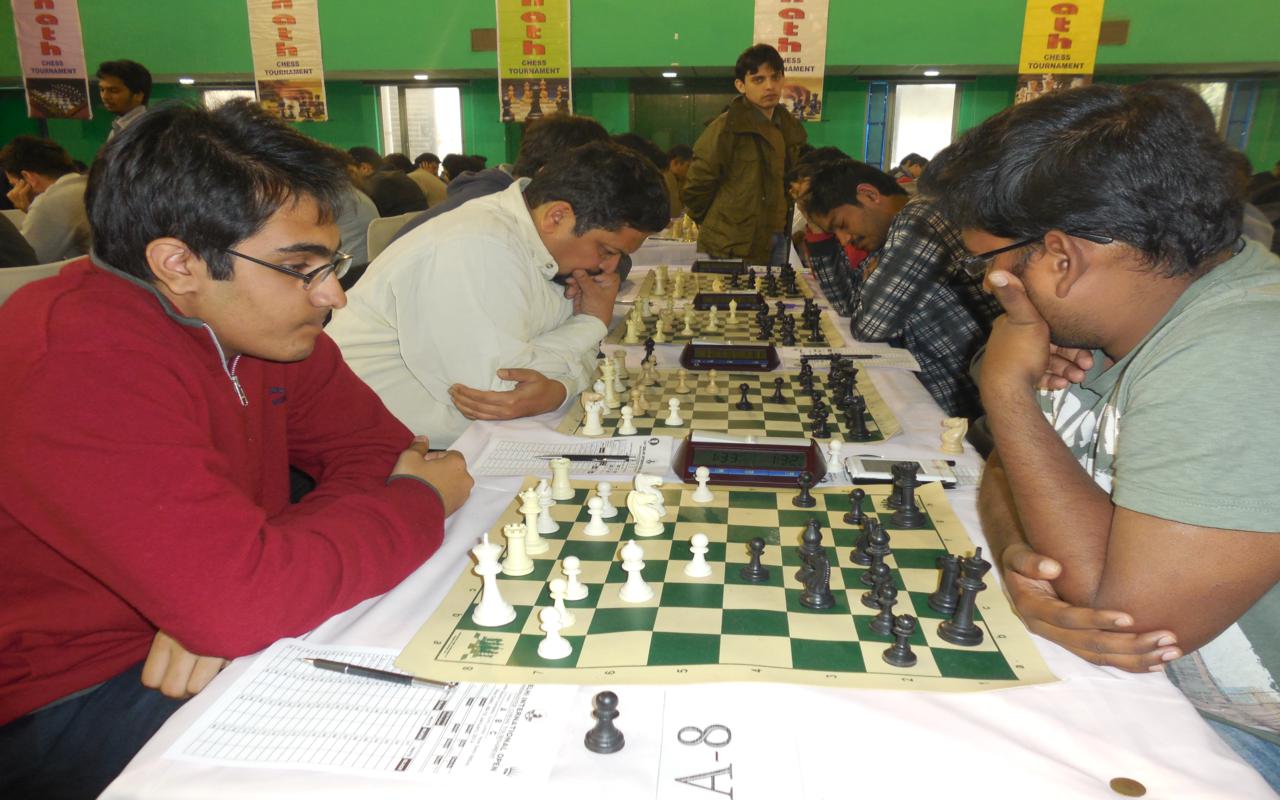