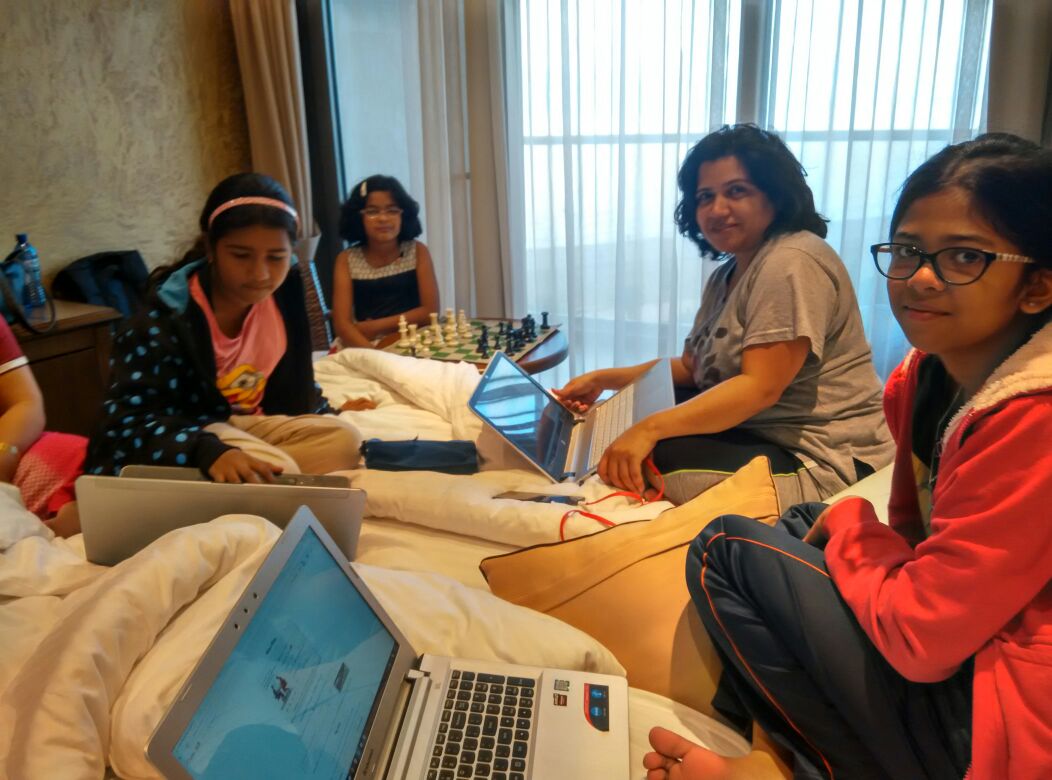 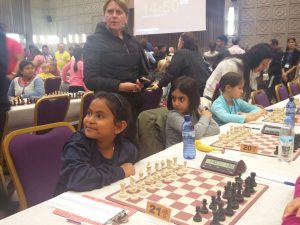 After a sober fourth round, the Indian contingent came back strongly in the fifth round played yesterday. Out of the 28 Indians in the fray, there were 21 wins, 6 losses and just one draw, thus making it a highly profitable day for the team. With so many wins by the players, almost all of the players are fighting their way into the top as we near the end of the first half of the tournament.

With the world’s youngest IM Praggnanandhaa marching on imperiously with five full points, the other medal contenders have also steadied their campaign and are slowly moving forward. Nihal Sarin, Divya Deshmukh, Mrudul Dehankar and their fellow stars from the lower age groups, who had earlier suffered minor set-backs in the previous rounds, were seen clawing their way to the top. In a notable win this round, V Pranav in the Under-10 Open category, outplayed his opponent Maneluk Daniill in a textbook fashion from a Ruy Lopez Opening, to be among the leaders with 4.5 points. Pranav is meeting the second seed in his category in the sixth round and a win should definitely boost his confidence. However, in a setback in the fifth round, Rakshitta Ravi went down to her opponent WCM Mironenko Galina. But with not even the half way mark into the event, and with the potential and fighting spirit that she has, Rakshitta will definitely fight her way back into the top in the remaining rounds.

Six more rounds remain to be played in this tournament and the sixth round shall be played today.
Tomorrow, the 25th October 2016 is a rest day for the event.

The results of the event can be followed from the website: chess-results.com.