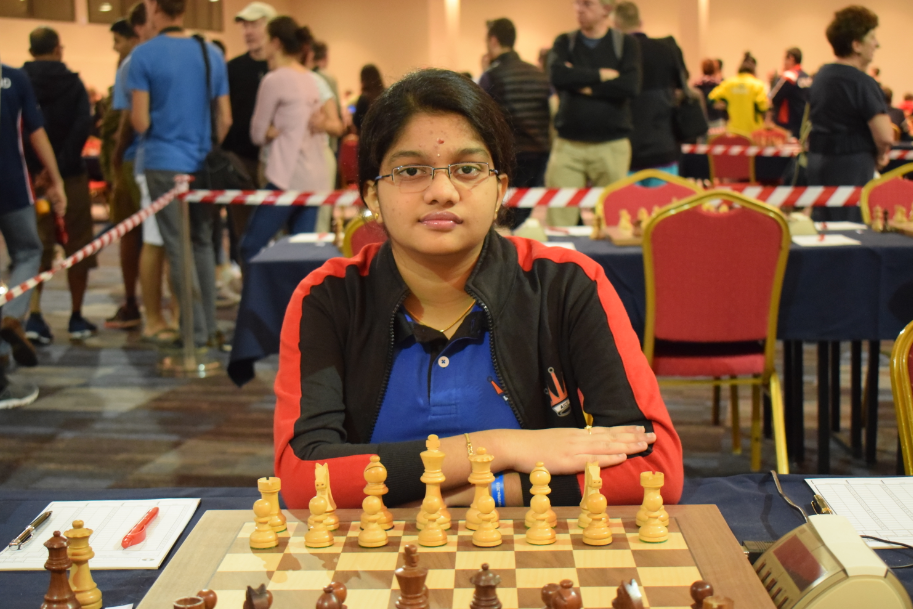 Overnight joint-leaders Jyothsna, Saina and Priyanka have slipped to the second spot in their respective categories as they managed only a draw in the fourth round of the World Youth Chess Championship 2018 being played at Porto Carras, Greece.

In the under-14 girls category Jyothsna L, playing black pieces against the German’s Ziegenfuss Antonia, failed to find any headway in the Slav defence exchange variation after obtaining easy equality and had to settle for a draw in the endgame arise due to simplification in the two minor pieces each endgame in 44 moves.

Jyothsna L. with five other players are trailing behind by the two Chinese girls to remain on the second spot.

WIM Mridul Dehankar and WIM Divya Deshmukh bounced back after their defeat in round three with a win over Behzad Nazif Parva of Iran and WCM Ehsani Yassamin of USA respectively.

In the Under-16 girls’ category, WFM Saina Salonika survived in an inferior endgame resulting out of the Kings Indian Defence with black pieces against Beydullayeva Govhar of Belarus.

In the under-18 girls’ category, K Priyanka drew against WFM Rozman Monika of Slovenia with white pieces in the Najdorf variation of Sicilian defence. On move 14 Priyanka decided to sacrifice an exchange to obtain connected passed pawn on the queenside which proved insufficient as black used her active major pieces and returned the exchange to transpose with an extra pawn in the major pieces endgame further Priyanka used her passed a-pawn to obtain counter play and forced her opponent to reach in the drawn Queen pawn ending with 3 vs 2 pawns on the same side.