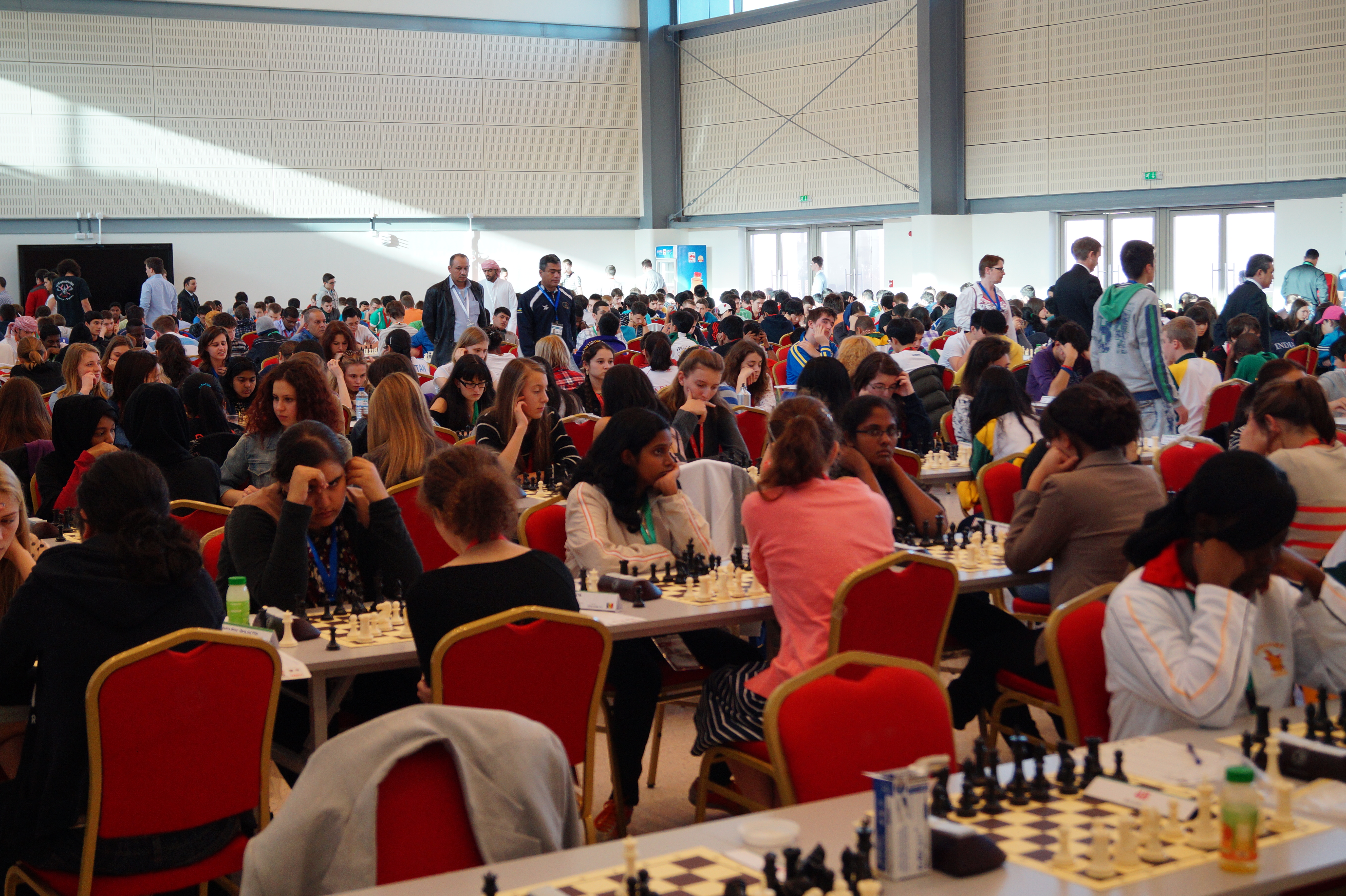 Lakshmi In Sole Lead In Girls Under-10
By Arvind Aaron
C Lakshmi is leading the Girls Under-10 section with full six points in the World Youth Chess Championship that is in progress at Al-Ain in UAE on December 22, 2013. Asians are in sole lead in three of the 12 sections after six rounds.
C Lakshmi (Ind, Girls U-10), Di Li (Chn, Open U-14) Pouya Idani (Irn, Open U-18) are leading their sections alone after six games. Five rounds remain to be played in this 11-round competition.
Atleast nine Asian players are in joint lead in their respective sections after six rounds. In the Girls Under-8 only results upto round five are known.
Karthikeyan Murali won and moved into joint lead in the Open U-16 section while Praggnanandhaa is in joint lead in his Open U-8 section.
Girls Sections
In the Girls Under-8 section, two Indians, Divya Deshmukh and Bhagyashree Patil are among the three leaders on full five points. The round six pairing displays that the Indian presence is high at the top. They have one player in each of the top four boards. The results of this rounds are awaited.
In the Girls Under-10 section, C Lakshmi of India had wrested sole lead with six full points. One point behind her are eight players and that includes four others Asians, two from India and one each from Iran and Vietnam.
In the Girls Under-12 section, R Vaishali of India slipped out of the lead after a draw to share the fourth place with 5.5/6 with five rounds still to be played.
Two Asians, Lan Yao of China and Bakhora Abdulsattorova of Uzbekistan are in the joint second place behind Russian leader Anna Vasenina (6/6).
In the Girls Under-16 section, Tianlu Gu of China leads with maximum six points. Sharing the third place on five points each are top seed Sarasadat Khademalsharieh and Dorsa Derakhshani, both of Iran.
In the Girls Under-18 section, top seed Dinara Saduakassova of Kazakhstan is sharing the lead with four others on five points from six games.
Boys/Open Sections
Praggnanandhaa of India and Isik Can of Turkey are leading the Open Under-8 section with maximum six points. They face each other in the seventh round.
Alireza Firoozja of Iran is sharing the lead with an American after securing six wins from as many games. India’s Kushagra Mohan is in third place with 5.5 points.
Asians slipped out of the lead in the Open Under-12 section. Three of them, M Amin Tabatabaei (Irn), K.S. Raghunandan (Ind) and Chen Zou (Chn) are sharing the second spot or fourth place.
Asian dominance is clear in the Open Under-14 section with Di Li of China leading with full six points. In the joint second-third places are Yan Liu (also Chn) and Saparmyrat Atabayev (Tkm) on 5.5. points.
Three of the eight leaders in the Open Under-16 section are from Asia. It includes Karthikeyan Murali (Ind), Zhanat Saiyn (Kaz) and Yiye Wang (Chn), all are on five points from six games.
Pouya Idani of Iran has wrested sole lead in the Open Under-18 section with 5.5/6. Zhongchan Ma of China is among the three players tied for the second place on five points.