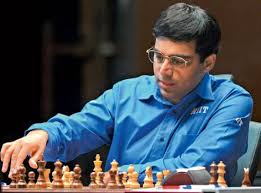 All Games Drawn In Norway
By Arvind Aaron

All the seventh rounds games ended in draws and at the end of it, former world champion Veselin Topalov of Bulgaria maintained his 1.5-point lead with six points from seven rounds.

Anand faces Hammer with white and then Topalov with the black pieces in the last two rounds. Anand is playing at 2893 and Topalov at 3088. A final round clash should be a spectator delight.

Aronian repeated the position and drew Anand with white by move 20. Topalov sacrificed a knight and drew Caruana with perpetual checks.
Vachier-Lagrave and Carlsen repeated the position by move 17 itself. If the category is high and free days few, players make their own free days! All games were drawn. Nakamura and Grischuk drew in a 5-pawn and 2-rooks ending after 40 moves.