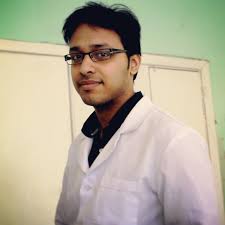 Despite a last round defeat, 25-year old International Master Anwesh Upadhyaya of Odisha won the National Rapid Chess Championship that concluded at Kolkata on August 3, 2017.

In the interesting final round, Anwesh who was leading with 9/10 lost to top seed Grand Master Laxman. Strangely, P Saravanakrishnan of Tamil Nadu who was in the second position on 8.5 also lost to GM Deep Sengupta. Although rattled, tenth seed Anwesh and seed 15 Saravanakrishnan took the top two places. There was a tie for the second place on 8.5 points and Laxman was third behind untitled Saravanakrishnan.

This event attracted six GMs, one WGM (Soumya), 11 IMs and 188 players in all. The tournament director was IM Atanu Lahiri. The total prize fund for this event and the National Blitz slated for August 4 are Rs.2,50,000.

International Arbiter Rajendra Shidore of Pune was the chief arbiter. The event took place at Bhowanipur Education Society College and was organised by the Bengal Chess Association from August 1-3, 2017.