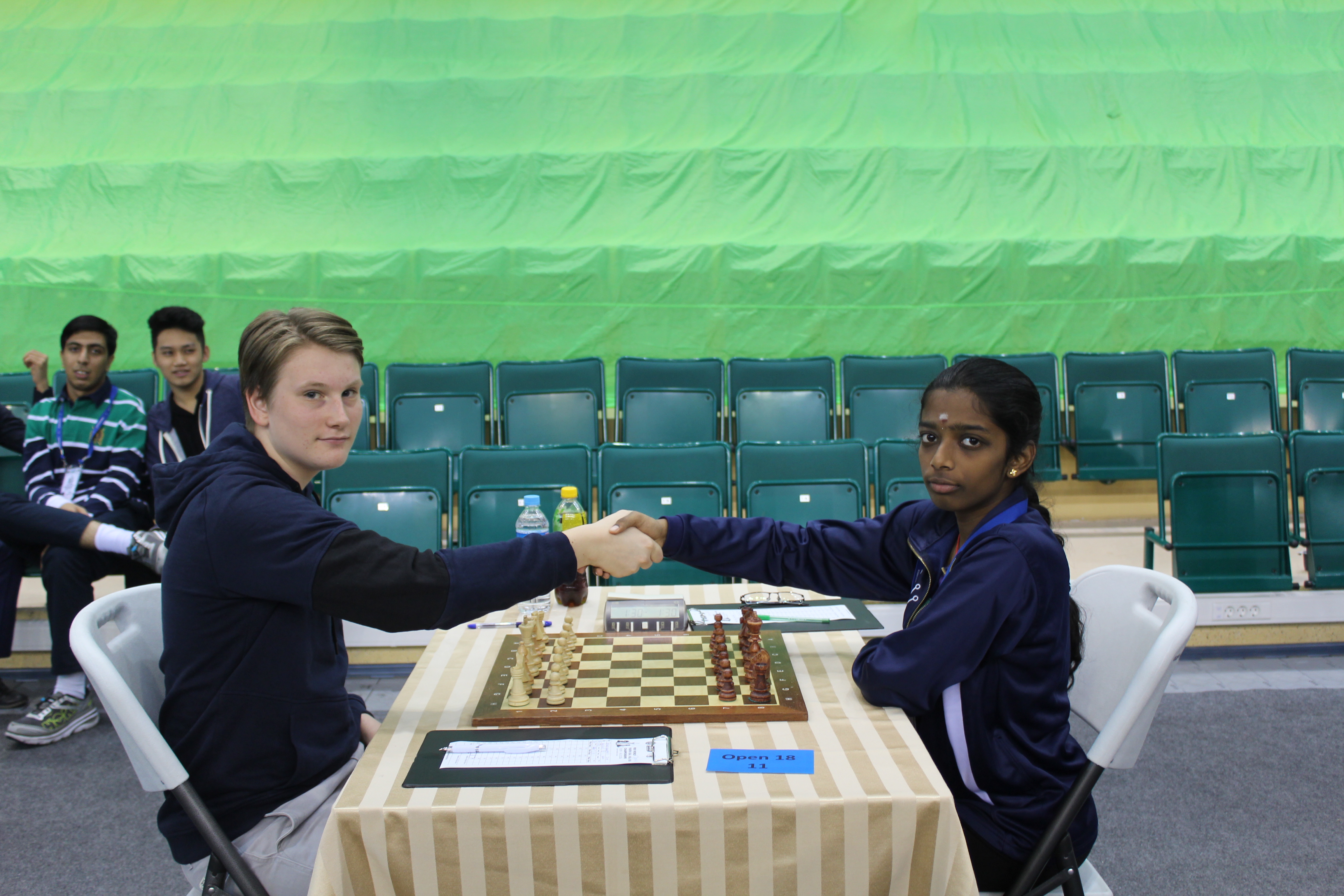 Boys need to catch up with girls!
By TT Lakshmi Priyaa, FIDE Instructor

Indian girls show progress with a few sharing lead and a few in the second spot at the end of the 5th round at World Youth Chess Championship At Khanty-Mansiysk, Russia. Indians have recorded 7 wins, drew 6 games and suffered 5 losses.

Akanksha is in joint lead in the Under 16 G and Priyanka N and Saina are in the second spot in Under 14 G category. One of our key highlights in this tournament is the wonder girl from Chennai – Vaishali, whohas raised many eye brows when she had decided to compete in Under 18 Open category instead of Under 18 Girls section. Though Vaishali herself was struggling in earlier rounds to find her usual form as she had lost the 1st round and drew 2nd and found herself at the bottom of the pack; she bounced back like a true winner and the way she is rising is commendable – today she posted her 3rd consecutive win and like yesterday, her today’s opponent was also highly rated FIDE Master. Vaishali is an universal player and can adapt to any opening quite easily. Today, she decided to try her hand at Kings Indian Defense from black and that must have confused her experienced opponentMarek Matyas as he could not have seen any games from this opening in Vaishali’s database! The game was quite complex and sensing Marek’s time trouble, Vaishali sacrificed a pawn and plotted a beautiful mating net around white’s King. It wasn’t easy to see the depth of Vaishali’s plan and Marek fell for it! As Vaishali’s Queen, Bishop and Knight were in threatening positions and since Marek couldn’t find any way to avert the mate, he leveled the clocks on the 40th move.

Displaying very steady performance, right from the start of the tournament, Priyanka Nutakki held quite an highly rated player – Maltsevskaya Aleksandra, who is rated 300 ELO points more than Priyanka. Priyanka, playing white opened with her pet Queen pawn and as expected Aleksandra replied with her favorite King’s Indian Defense. Priyanka had done lot of homework and was very well prepared till move 16. Priyanka won a pawn thereafter and should have won without much trouble. However, the time scramble had it’s say and Priyanka lost her advantage in mutual time trouble. In an endgame where Priyanka had 2 Knights and 3 pawns against Aleksandra’s Rook and 3 pawns, Priyanka tried her best to crack black’s defensive wall but had to sign the peace treaty after 60 moves.

Bhavik recovered from his 4th round set back by holding an highly rated opponent today. Rajdeep and Mitrabha are struggling to get their form, tomorrow’s rest day are a little self-introspection will be enough for them to rise to their standards.
(Game Analysis by FT Jayant Suresh Gokhale) 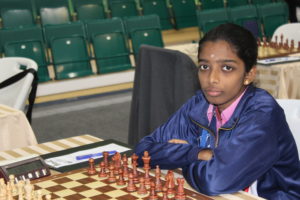 Chennai star Vaishali is a 10thgrade student of Velammal Matriculation Higher Secondary School, Mogappeir; Chennai.  Introduced to the game of chess at a tender age of 6as a replacement to ever addictive television programs and cartoons, Vaishali hooked on to the game to her parent’s surprise. who enrolled her into a nearby hobby club for drawing and chess classes which soon received affirmation.  Vaishali’s first tournament was a game changer and could be considered a key levers for her close association with the game. In 2007 she received the youngest participant award in hervery first tournament that fuelled her initial steps with chess. Soon she joined Bloom Chess Academy at Ambattur, Chennai and was under guidance of Chess coach Thiyagarajan for a continuous 7 years.  Her interest furthered and quest for higher challenges grew multifold. In 2014 she joined Chess Gurukul in their‘D group’ and has been training under GM RB Ramesh since then.

Apart from chess, Vaishali loves to have fun with her younger brother Pragnananda. ‘Pragg’ as he is fondly known is the world’s youngest International Master and the little ‘Dennis’ of Vaishali’s home.