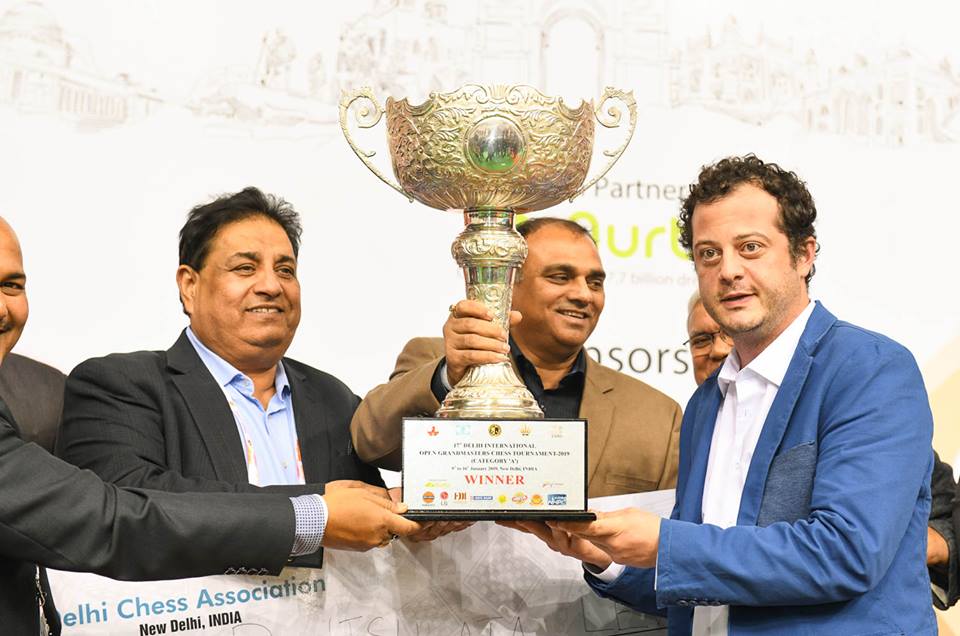 New Delhi (16 Jan 19) :-Third seed Grandmaster Levan Pantsulaia of Georgia won the 17th Delhi International Chess tournament 2019 after settling for a quick draw with Grandmaster S.L Narayanan in the 10th and final round that concluded here.

It was a seven way tie at the top between Levan Pantsulaia (Georgia), Mosadeghpour Masoud (Iran), Stupak Kirill (Belarus), Amonatov Farrukh (Tajikistan), Diptayan Ghosh, Abhijeet Gupta, and Narayanan.S.L on eight points apiece in the event but Levan was declared the winner based on his better tiebreak. 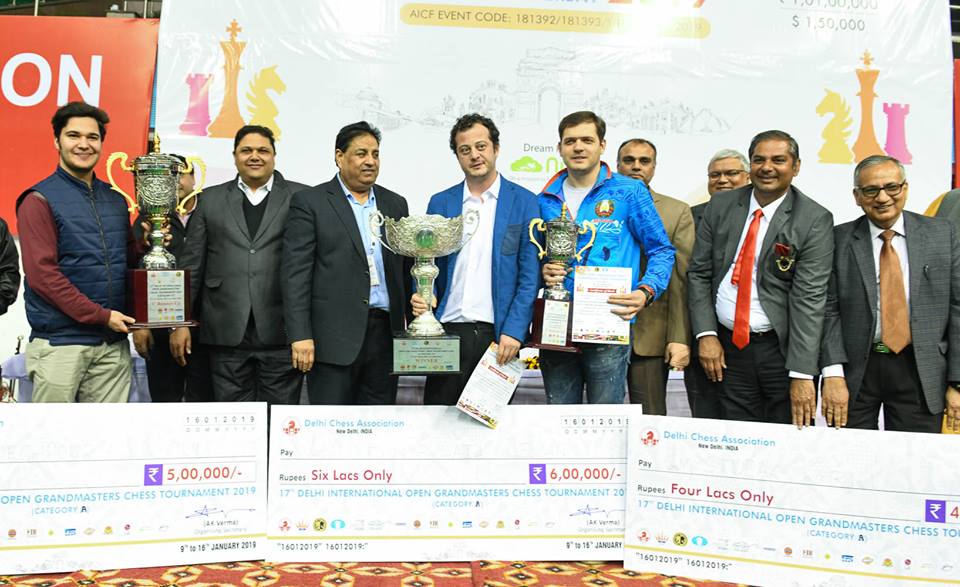 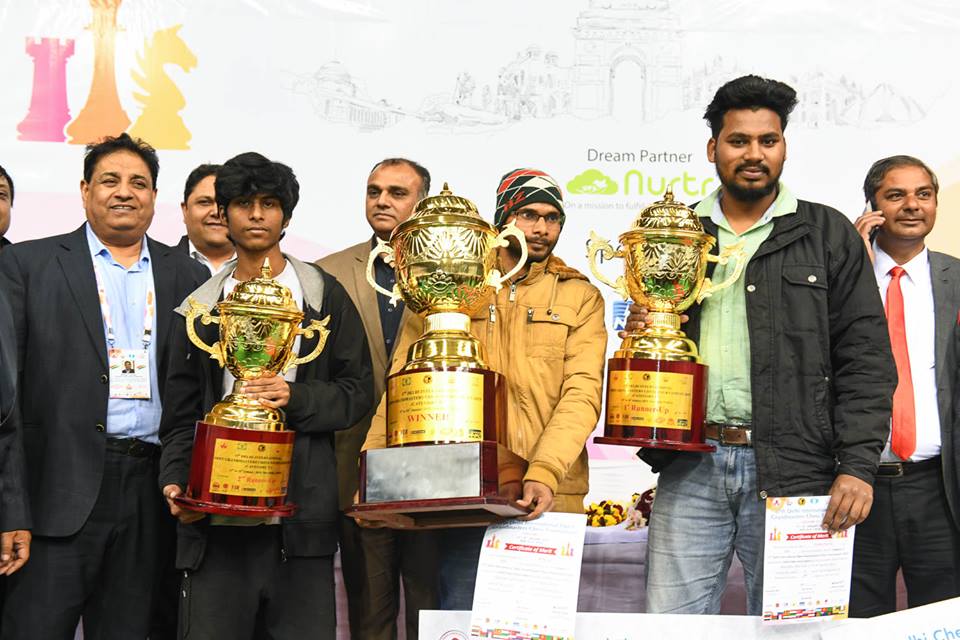 Meanwhile in the ‘C’ group, Bir Kumar of Bihar won the first prize. Scoring 9.5 points out of a possible ten, Bir Kumar stayed a half point ahead of Nischay Sharma of Madhya Pradesh and Rishi R of Tamil Nadu who both tied for the second spot on nine points but the former was declared the runners up based on his better tiebreak.