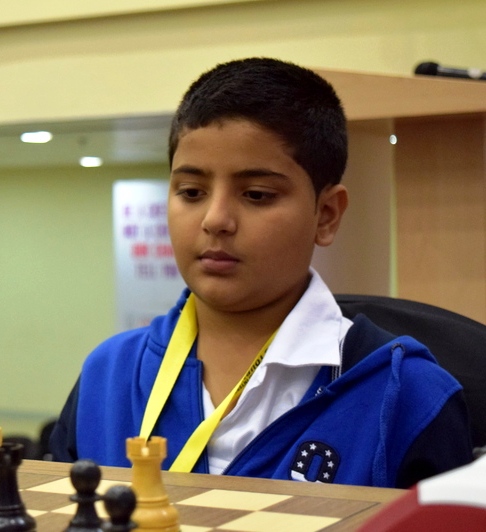 Talented Chennai boy Gukesh D, was alert on opportunity, as he claimed a three fold repetition to snatch the first half point from the top seed. The closed Sicilian game saw neither willing to take risk, intent to keep themselves on top of the leader-board.

The game of the day award – ChessBase gift voucher – for the previous round went to Nagpur boy Sadhwani Raunak for his precise methodical win against Abhinessh S. This nine round Swiss tournament has a total prize money of Rs 750000  with the winner getting richer by Rs 150000, the highest in the world for a Junior event.