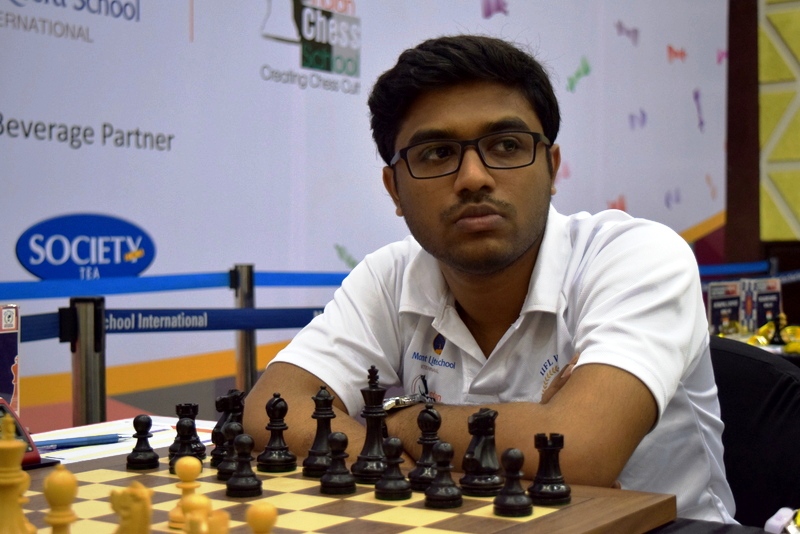 Earlier, 9-year-old Gukesh D of Chennai continued his good run scoring over World Under-10 Champion Praggnanandhaa, moving into 5.0 points. In other upsets, International Master Anup Deshmukh went down to Matta Vinay Kumar, while International Master Himanshu Sharma was held to a draw by talented Bharambe Bhavik.

Three rounds remain in this nine round Swiss tournament that has a total prize money of Rs 750000  with the Champion getting richer by Rs 150000.