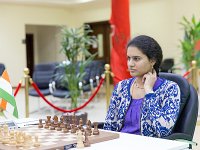 After playing a fighting round five draw between them, Dronavalli Harika and Koneru Humpy, both the Indians lost in round six of the FIDE Grand Prix at Sharjah in the last day of August 2014.

World champion Hou Yifan and Ju Wenjun of China have moved jointly into a one point lead with five points from six rounds. Five rounds remain to be played. Mongolia’s Batchimeg is in the surprise third spot with four points. Harika is tied for the fourth spot with 3.5 points and Humpy is way below on two points. 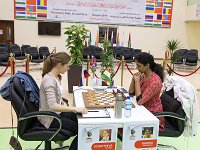 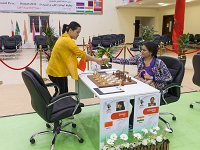 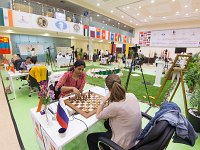