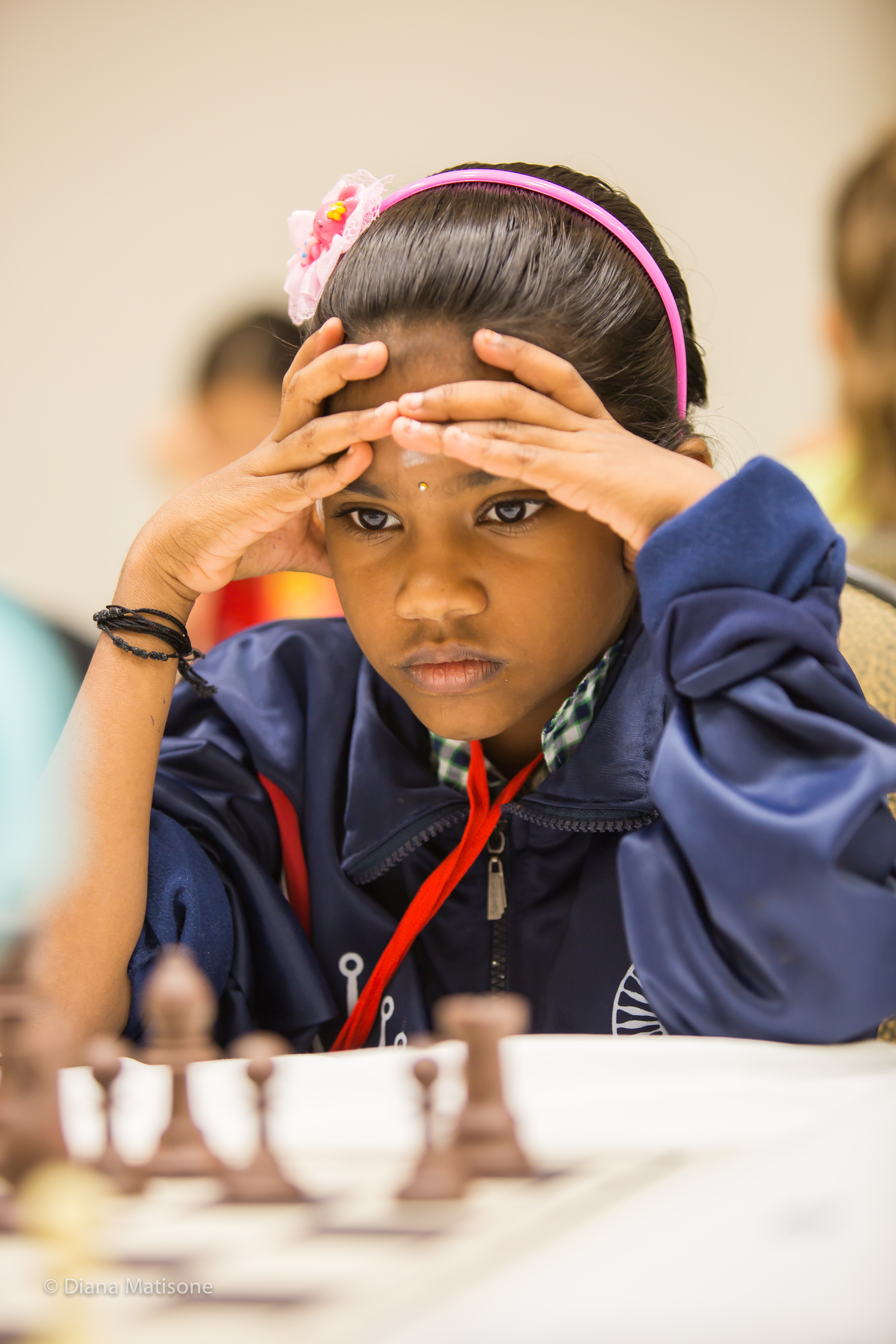 India Dominate Both Under-8 Sections
By Arvind Aaron

The free day offered some renewed energy for the Indians in the World Youth Chess Championship at Porto Carras in Greece on Oct 31, 2015.

Indians are occupying the 1-2 places in the Under-8 section. Dev Shah is leading with six maximum points while Bharath Subramaniyam H is in second place with 5.5 points. Seventh round brings them to face each other.

Two Indians, FIDE Master R Praggnanandhaa and Raunak Sadhwani are jointly leading with two others on 5.5/6.

In the Under-12 section, last year’s Under-10 champion Nihal Sarin is sharing the third place with five points.

In the Under-16 section, Al Muthaiah is on 4.5 points and shares the sixth place with a large number of players.

Lead changed hands in the Girls Under-18 section. But it went from one Indian to another! Mahalakshmi won against Varshini to wrest the lead with 5.5 points. Varshini shares the second spot with two others.

In the girls under-12 section, two Indians, Saina Salonika and C Lakshmi are in second spot with five points and are slated to face each other in the next round.

Divya Deshmukh was held to a draw in the sixth round and shares the lead with a Mongolian on 5.5/6. Divya is defending her title she won in 2014.

Savitha Shri B leads the Girls Under-8 section with full points and is followed by Prathivya Gupta on 5.5 points. Rest of the players are behind these two Indians!