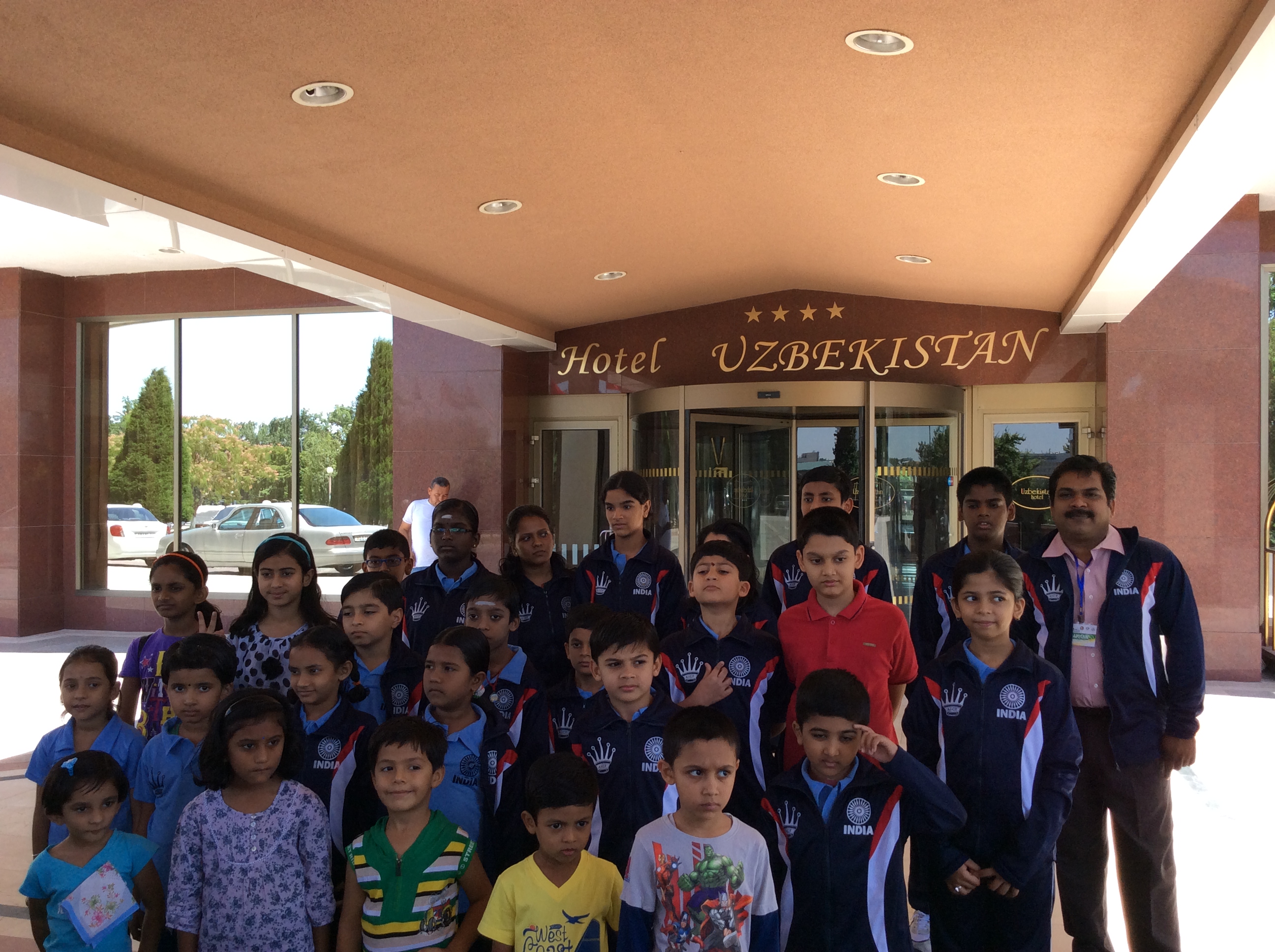 The Asian Youth Chess Championship started for the age group categories of Under-6, 8, 10 and 12 for Open and Girls at Hotel Uzbekistan in capital Tashkent. The Under-14, 16 and 18 sections will be held separately later in India.

In the rapid section, India won three gold and two silver medals. Chess fans back at home can expect more medals when the classical chess and blitz sections commence.

Indian gold winners in rapid were Aditya Mittal (Under-8) and Nihal Sarin (Under-10) and Priyanka Nutakki (Under-12 girls). The silver medals were won by L.N. Ram Aravind (Under-12) and Mrudul Dehankar (Under-10 girls).

Earlier, the glittering opening ceremony comprised of song and dances of popular Hindi songs which attracted our children to dance with them.

Photo By : Mr.T.J.Suresh Kumar, Coach of the Indian Team