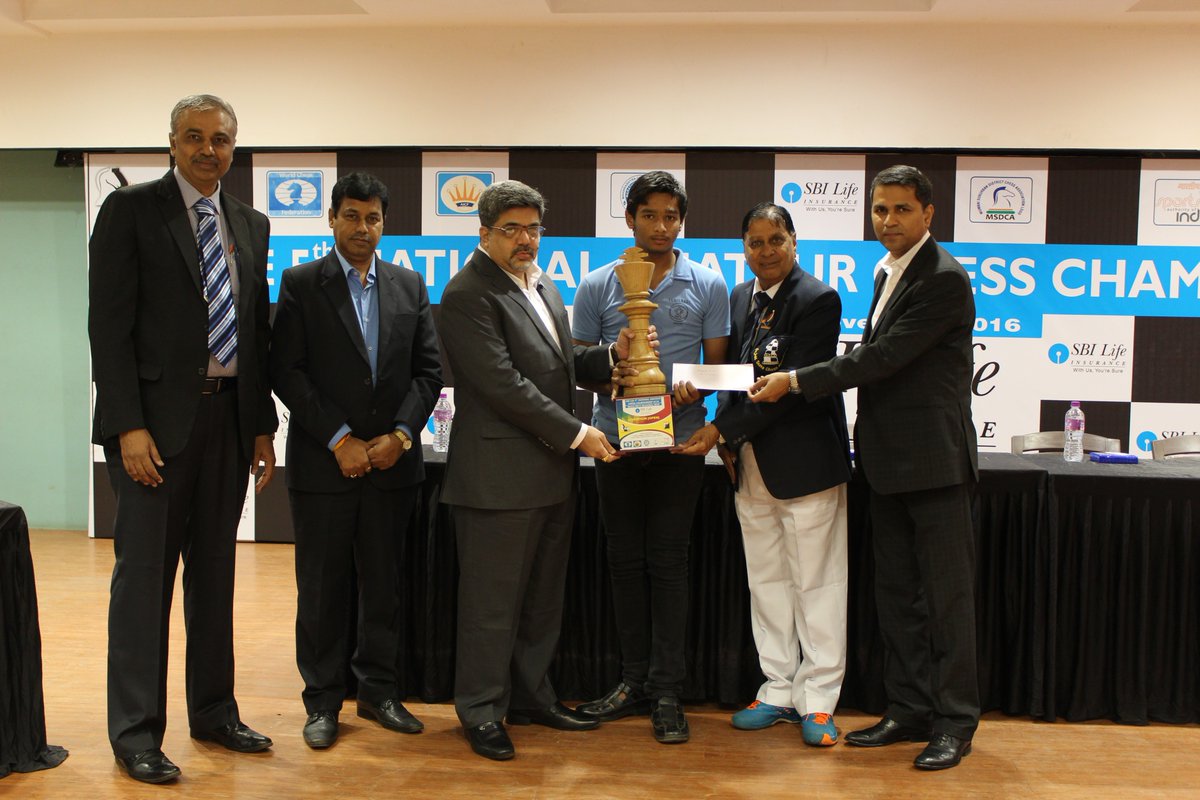 In the final round, Raahul, 1997-born defeated the top seed Ameya Audi of Goa with the white pieces to emerge from a three-way shared lead to win by a clear margin.

Raahul suffered a second round reversal to Raahil and won nine games and drew Omkar Kadam (Mah) on course to the title with 9.5/11. He gains 26.8 Elo from this event and also importantly qualifies to represent India in the World Amateur Championship.

This event is held once a year and is for players rated 2300 and below. This 255-player event was organised by the Indian Chess School of Praful Zaveri. International Arbiter I.G. Parmar (Guj) was the chief arbiter.

This event ran from Nov 5-11, 2016 at the Thakur College of Science and Commerce in Kandivali (East) in Mumbai.