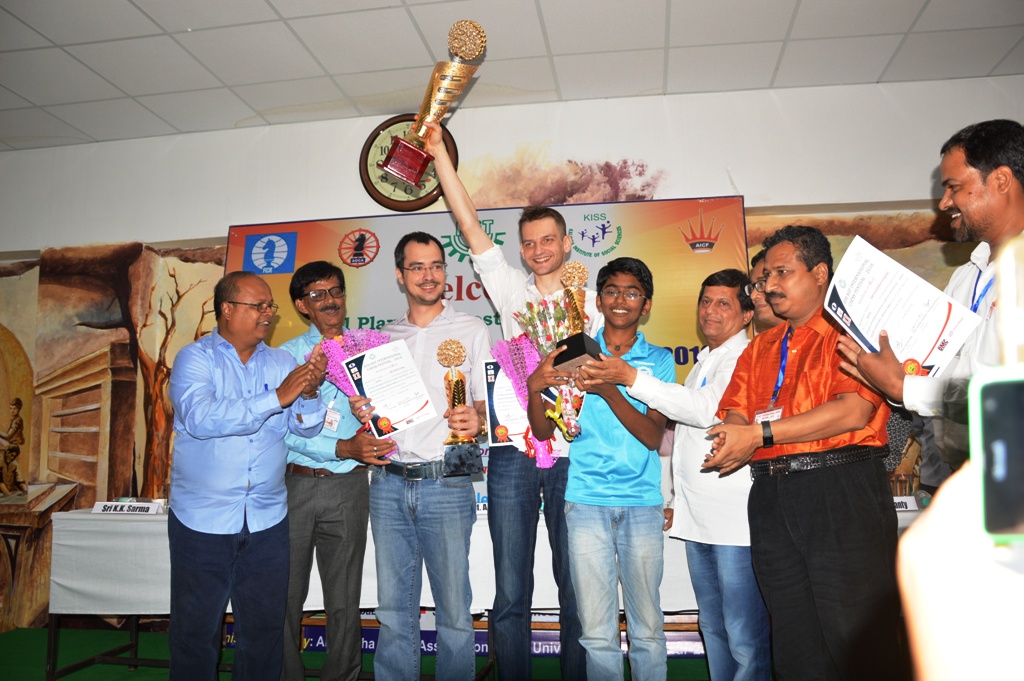 Second seed Boris Grachev of Russia clocked a 2703 rating performance and finished one point ahead of the 201-player Elite Group in the Kiit International Chess Festival that concluded on May 30, 2016.

Top seed Ivan Popov finished second and tied with eight others on 7.5 points. Candidate Master V.S. Rathanvel, 15, of Tamil Nadu who impressed in the Chennai Open earlier this year took third place. It was a huge achievement for this teenager who started as the 30th seed. He faced six Grand Masters and remained undefeated in this event.

Praggnanandhaa of Chennai, born 2005, became an International Master. He has won World Age Group titles and is the younger brother of R Vaishali. Two other IM norms were made by Rathanvel (TN) and K.S. Raghunandan (Karnataka). Praggnanandhaa scored an unbeaten 3/5 against GMs  including the top seed Ivan Popov. Raghunandan lost to two GMs and beat two GMs, Shardul Gagare and F Amonatov.

The tournament director was IM S.C. Sahu. IA Debashis Barua was the chief arbiter. The organisers were All Odisha Chess Association and KIIT University. The venue was KIIT University in Bhubaneswar. Later this year, the World Junior will take place for the first time in Odisha and it is going be a boom time for chess in the state thereafter.