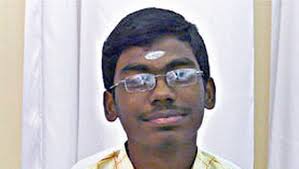 S.P. Sethuraman of Chennai won the South Indian Bank – CMS College National Premier Chess Championship that oncluded at Kottayam in Kerala on December 18, 2014.  Sethuraman remained undefeated won his maiden title. He had been our best performer in the Tromso Olympiad helping us win the team bronze medal for the first time.

Sethuraman won five games and it included wins against Deep, Sahaj and drew seven games. He gains 8.5 Elo. He has chess in his entire family and his father, S Panaiappan is a chess trainer in Chennai. His mother and brother have all played tournaments.

Sethuraman will also represent Zone 3.7 in the FIDE events in the coming years. He became the ninth player from Chennai to win the National Premier after M Aaron, R Ravisekhar, T.N. Parameswaran, V. Anand, P Konguvel, K Sasikiran, B Adhiban and G Akash. 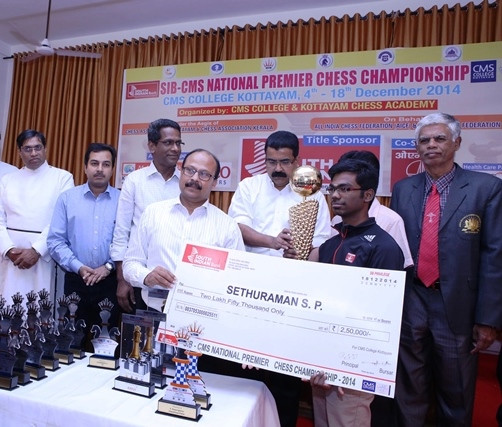 Deep Sengupta finished second but the more impressive show was by P Karthikeyan who had a big 4.5/5 leap towards the end. Karthikeyan gained a whopping 34.80 Elo to tie for the second place and finish third.

P Karthikeyan is a former Asian Junior champion and he clocked a rating performance of 2619 which is a Grand Master norm result. “I still need rating, it is not a title,” said Karthikeyan from Kottayam. 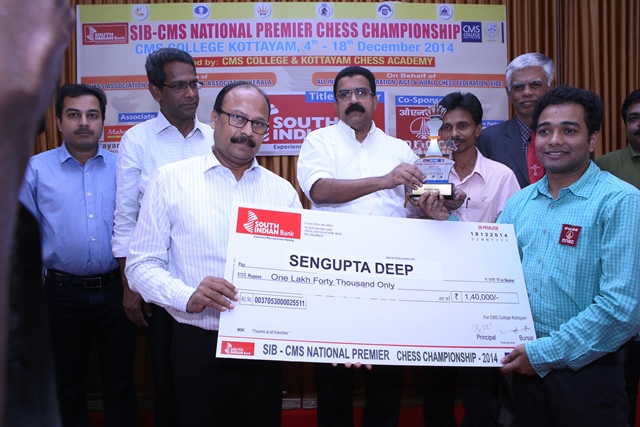 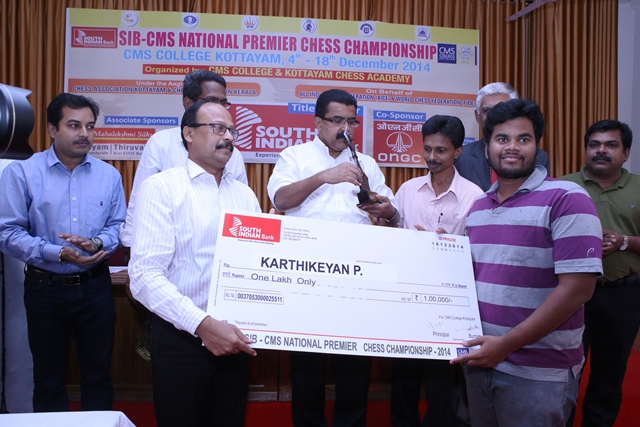