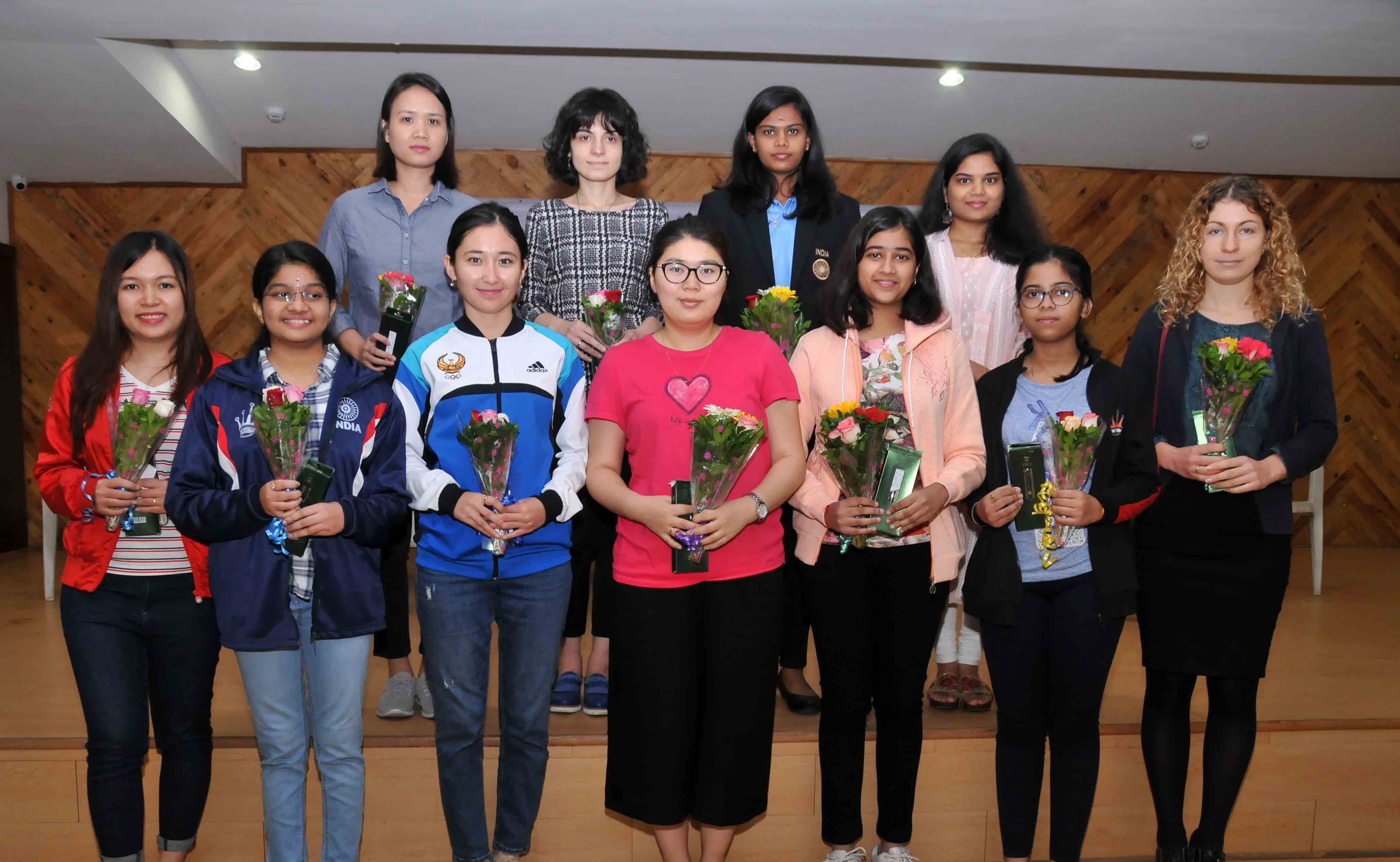 All the participants of the event

With a total prize fund of Rs.10,00,000 , it was a great opportunity for Indian female players to play against strong opposition and score norms.

The tournament which witnessed the participation of 12 players ( 6 Indians and 6 International) was a hard fought affair which was exciting from start to finish.

WIM Mrudul Dehankar (2114) of India played enterprising Chess to score 8.0/11.0 and finish a clear point ahead of the field.

The second best performer among Indian players was WIM Aakanksha Hagawane ,who scored 7.0/11.0 to tie for second place but finished 4th on tie-break.

The tournament noticed a number of upsets and was a great opportunity for Indian players to display their prowess at home.