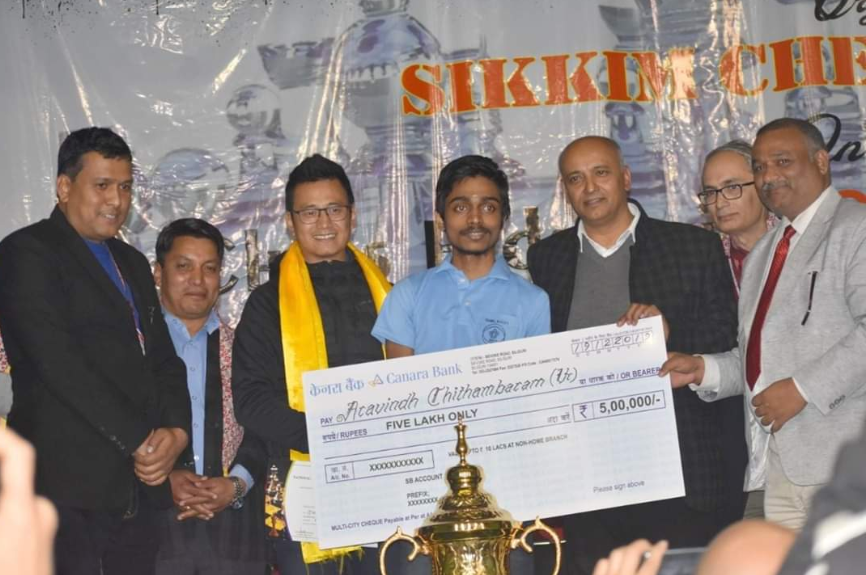 In the penultimate round, Aravindh defeated GM Sandipan Chanda of West Bengal on the top board to move into sole lead with 8.5 points. In the topsy turvy final round, the Madurai boy kept his cool under pressure to eke out a victory against fellow statemate IM Shyaamnikhil in 36 moves to finish with 9.5 points which included nine wins and one draw. The 20-year-old bagged a glittering trophy and a cash prize of Rs. 5,00,000/- 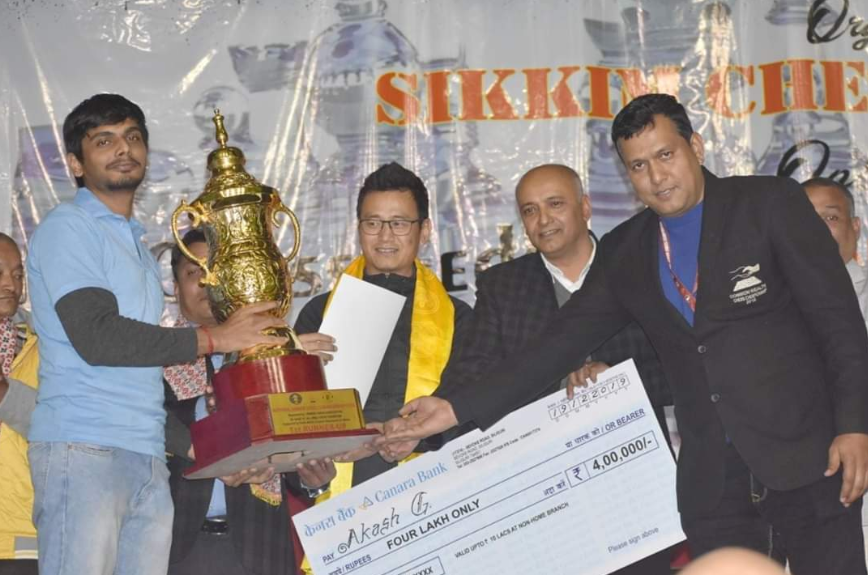 On the second board, IM Akash G, also from Tamil Nadu, settled for a draw against GM Himanshu Sharma of Haryana to secure second place with 8.5 points.

A draw was agreed on the third board as GM Visakh Nr. and GM Vaibhav Suri found their game in a deadlock after 47 moves.  On the fourth board, IM Ravi Teja displayed a fine technique in the endgame and succeeded in putting it across GM Sandipan Chanda in a London System game that lasted 48 moves.  Ravi Teja clinched third place with 8.5 points. 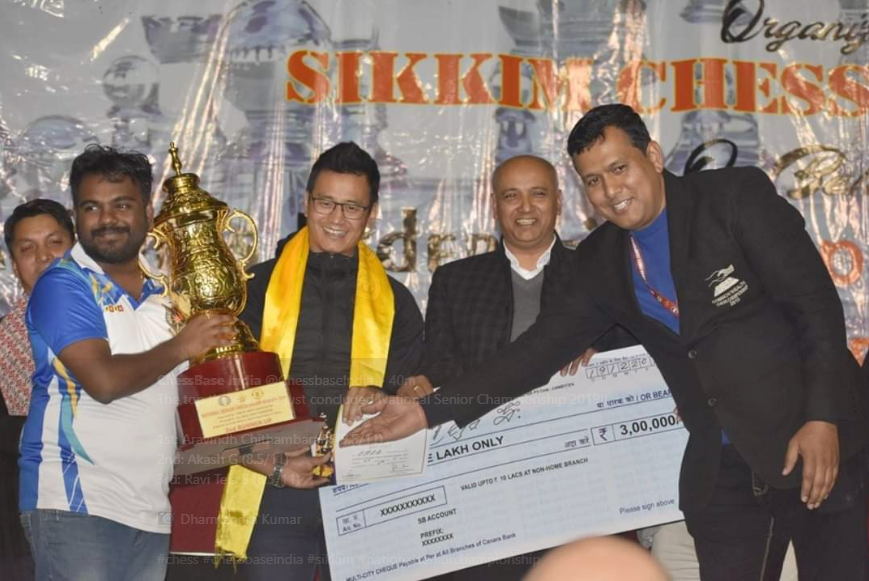