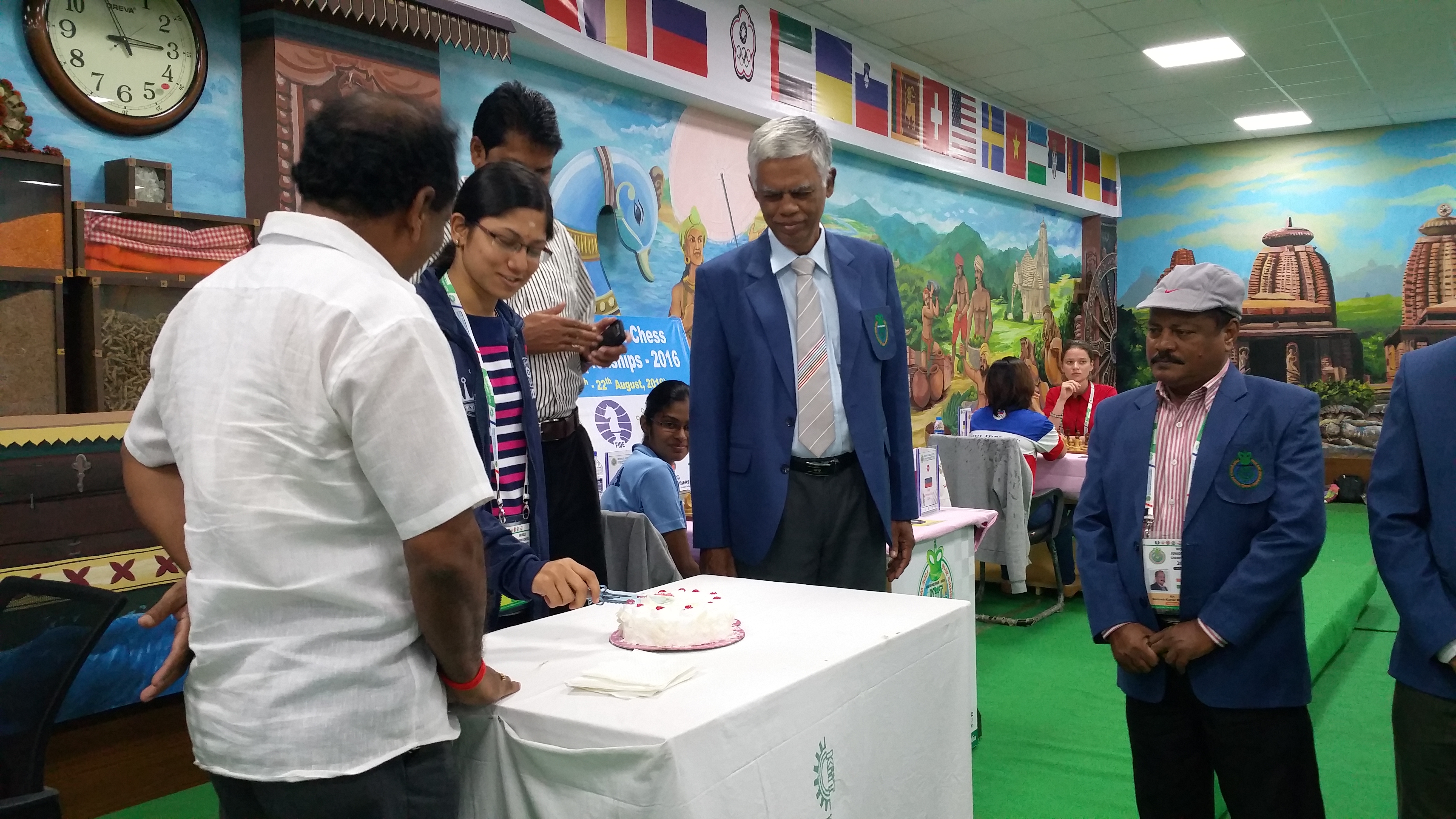 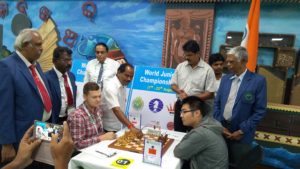 India had a mediocre day scoring 1.5/4 from the four Grand Masters. Karthikeyan Murali had a big fish in Mosadeghpour while Gagare drew on a lower board. Aravindh and S.L. Narayanan suffered defeats to higher rated opponents. Karthikeyan sacrificed a pawn, then bishop, then knight and then a rook to win in style.

In the girls section, Dinara Dordzhieva (Rus) and Janelle Mae Frayna (Phi) are leading with 6.5 points while Nandhidhaa, top two seeds Saduakassova (Kaz) and Alina Bivol (Rus) are in the third place with six points.

Nandhidhaa let go another advantageous situation to draw Dinara Dordzhieva (Rus) in 30 moves after getting some advantage. She is sharing the third place after this mild miss. Had she scored here and earlier against Saduakassova, she could be sitting pretty in the event.

Indians on the higher boards did not do well. Saduakassova was too strong for Saina Salonika as she won pawns at will to take the game in 30 moves. Priyanka K had an extra pawn but could not hold on and blundered a rook and lost to Alina Bivol (Rus).

Indian title hopes Pratyusha (4) was among losers while Vaishali (5) drew. Five rounds are still to be played and it will be difficult to catch up.